Today we were back with the main group in the battered bus, but I was more comfortable psychologically. The weather had become colder and brighter and now Hudson Bay was a deep blue colour. We visited the overlook for Prince of Wales Fort and benefited from historical interpretation from a Parks Canada ranger. There were more Bear Viewings too, thanks to Chuck's skill in sensing their movements. This is the only tour I am aware of which is not reliant upon tundra buggies, and it is also vastly cheaper than commercial tours as GBF want to make it as accessible as possible to people of all backgrounds. It is run annually in early November: please visit www.greatbear.org for more information. It could be life changing for you too.
We also visited the quaint and interesting Eskimo museum and shops in Churchill town centre. I always find observing life in small northern communities fascinating.

Travelling with Great Bear is never predicable. An anecdotal example is on boarding the bus after a stop at Churchill Airport, Chuck brought with him a group of soldiers in uniform with backpacks. He had got chatting to them and offered them a lift into town, typical of his generosity. They told us they were here to practice for an exercise but we suspected they really wanted to have fun with the snow mobiles.
Despite our enthusiasm, more seasoned members of the group reported fewer bear sitings this year and much warmer weather. Many of those we did see were close to Ladoon's. Clearly it would be misguided to confuse climate and weather, but the situation is a concern as the later the Hudson Bay freeze-up takes place, the less time the bears have to feed.

One of the benefits of this trip is the opportunity to find out about other people's adventures. I haven't yet mentioned Sam, a quiet but witty farmer from Virginia who has a passion for the Spirit (Kermode) bear found in BC (a very light coloured black bear). Sam also spends the bear season in Hyder, AK every year, one of my favourite places and somewhere I hope to meet him in a future year. 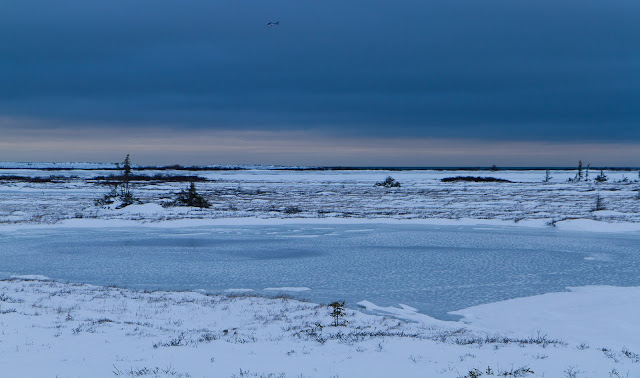 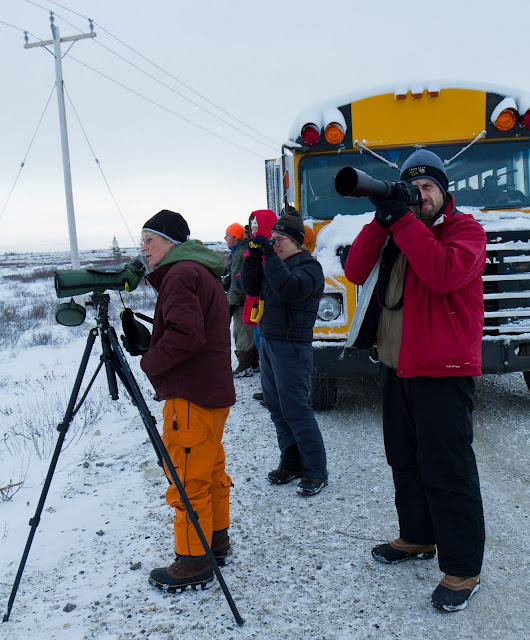 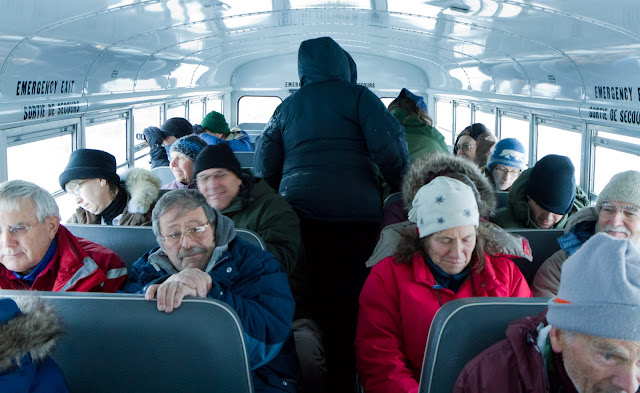 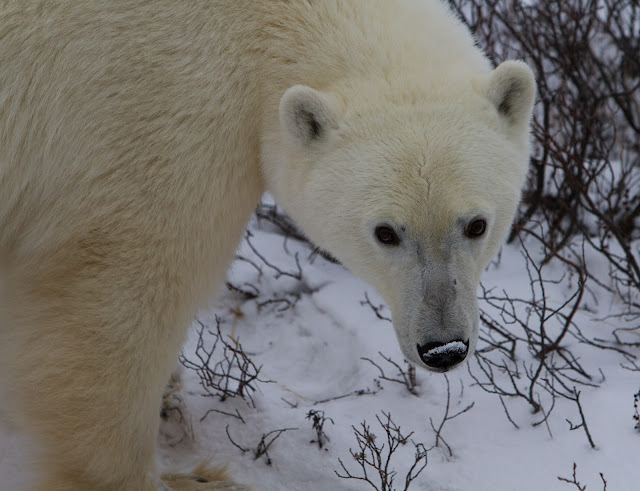 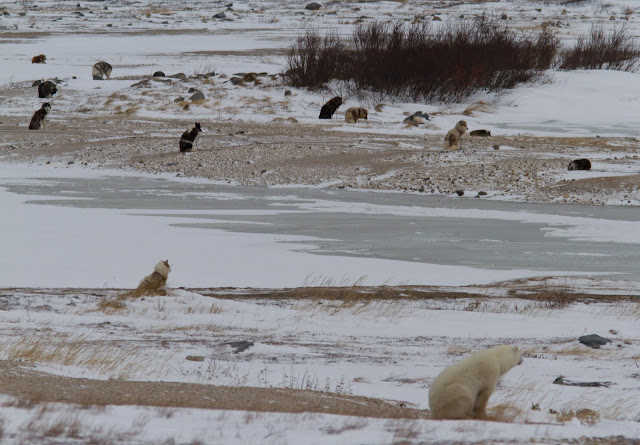 ﻿Ladoon's- Dogs and polar bears too close for comfort 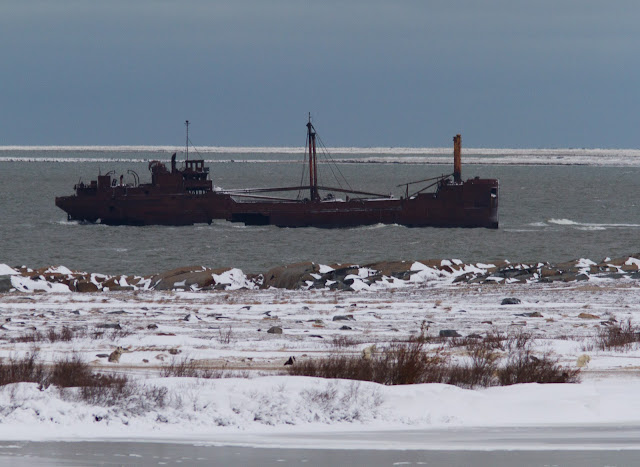 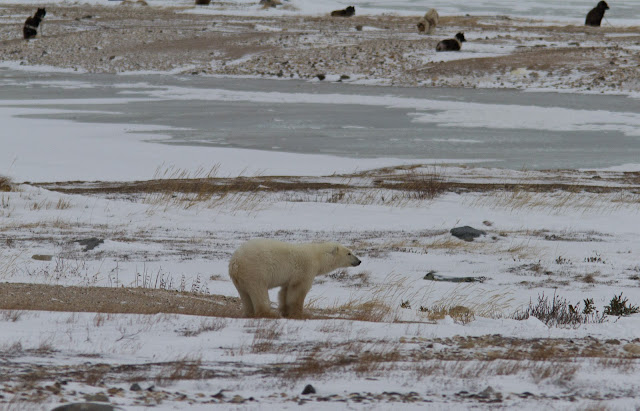 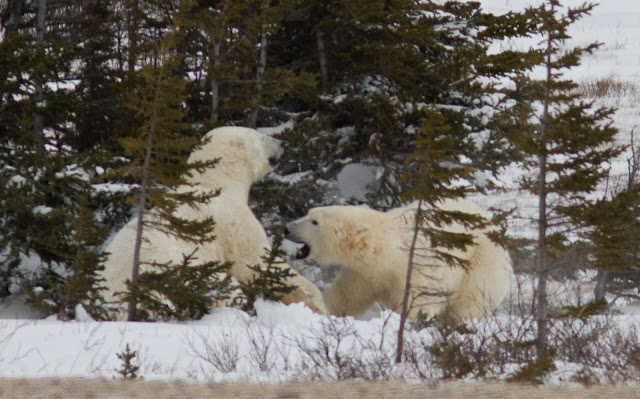 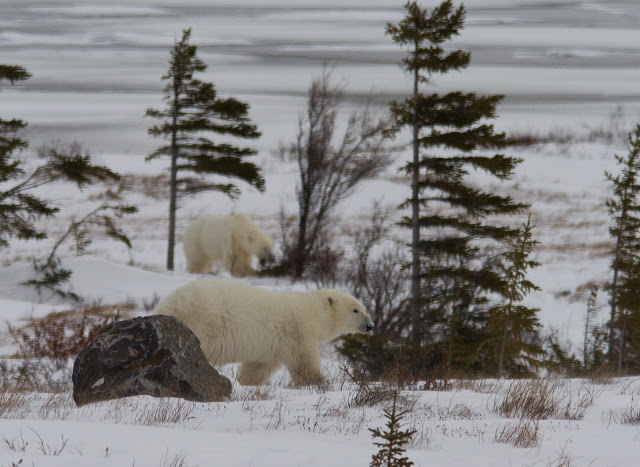 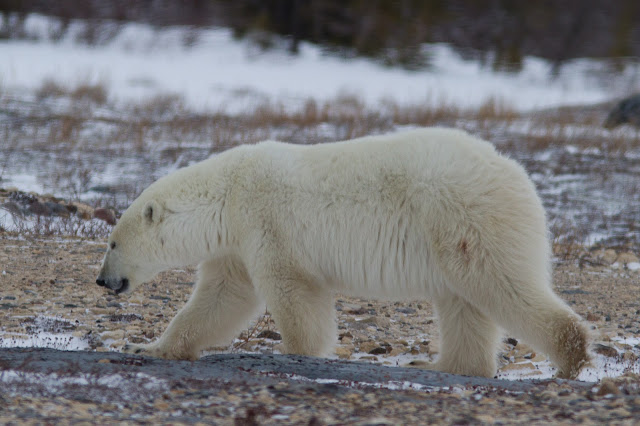 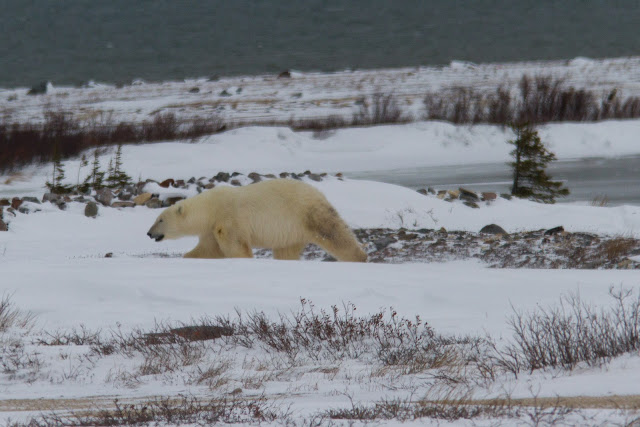 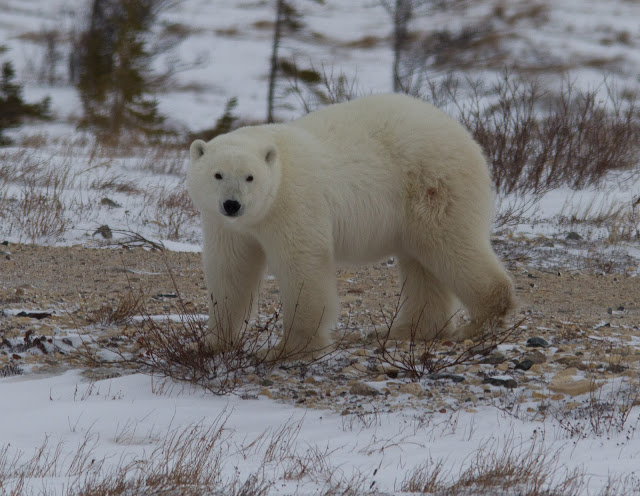 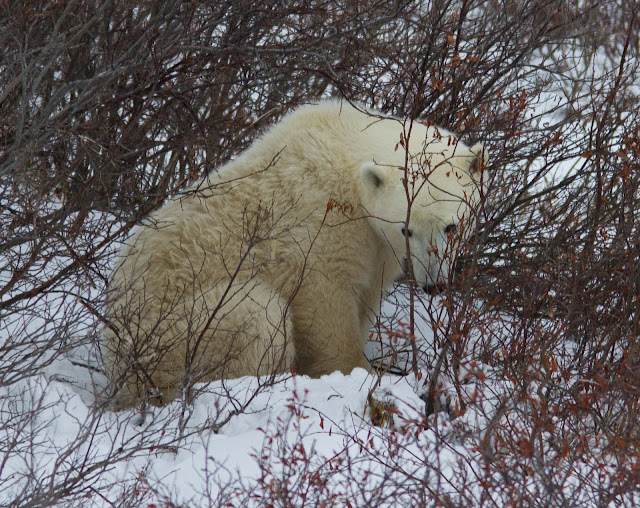 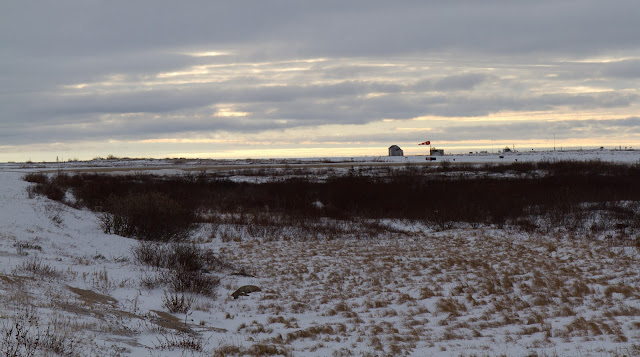 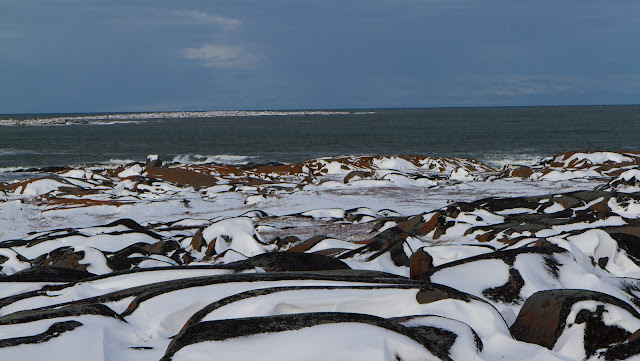 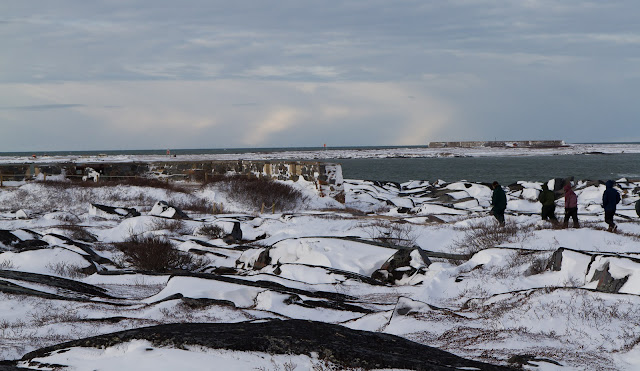 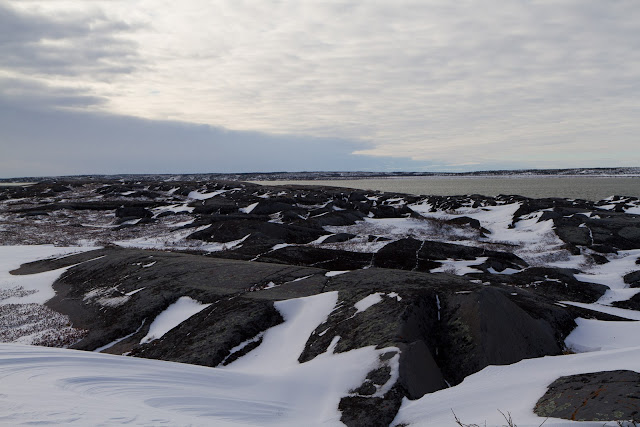 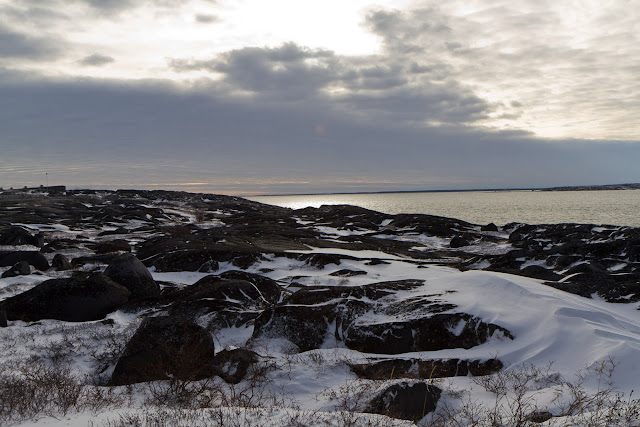 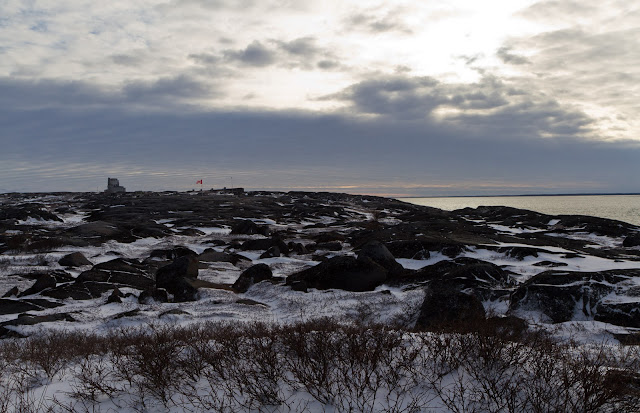 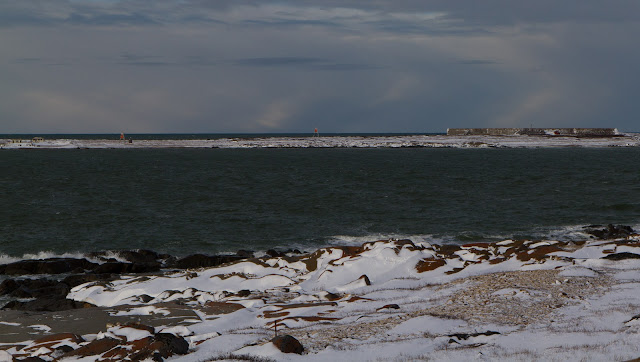 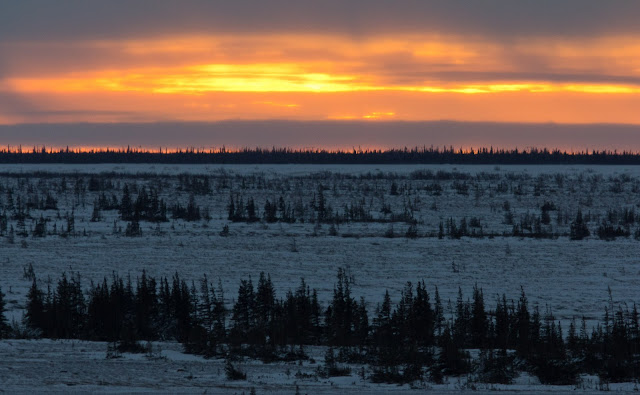 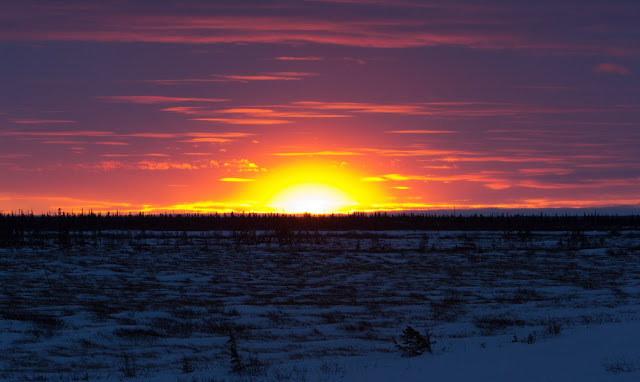 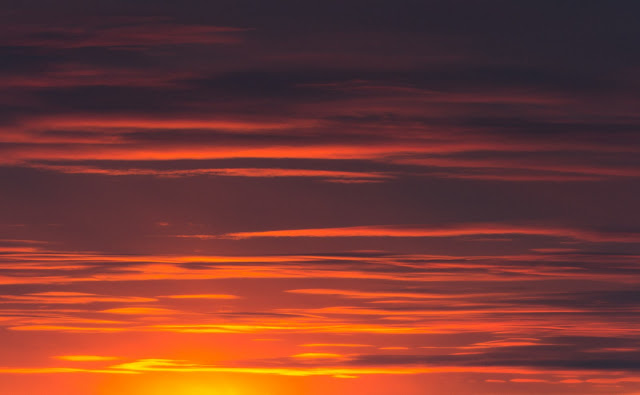 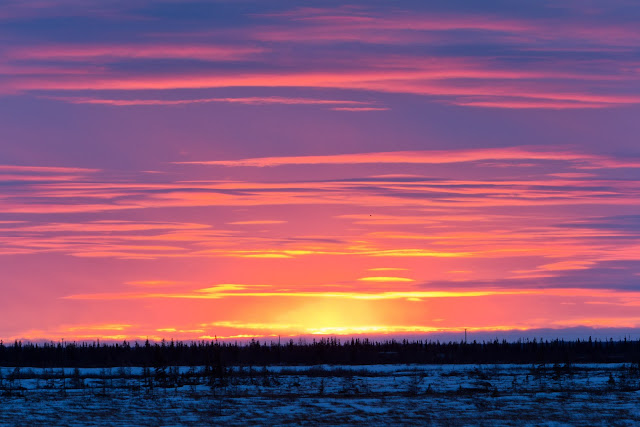 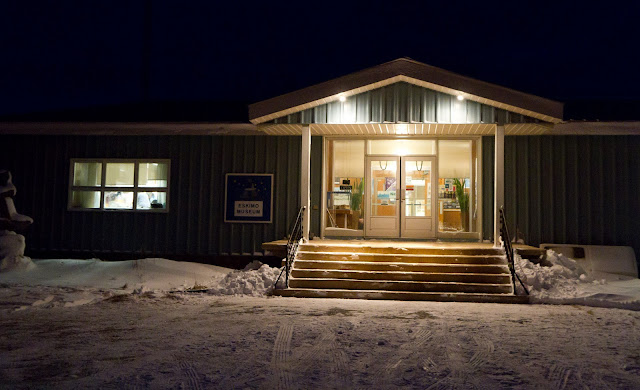