The receipt of a SMS message stating that I had 5 voice messages signalled the shortened time until I had to return to the real world. Whilst I wrote that the scenery on the train was somewhat repetitive on the at here, now it is enchanting, the ground covered with snow and trees covered with ice. This made me wish I could visit Alaska in winter- it must look stunning now.
I met a filmmaker from New Zealand who was returning having spent time with Brian Ladoon He had mixed feelings about the polar bear tourism in Churchill, and whilst sympathetic to his position, had concerns about the welfare of the dogs, and felt that the situation was unsustainable. He did not share out groups concerns about the feeding of the bears: Ladoon had told him that this was aiding their survival. Interestingly he felt that the tundra buggies were far from innocent in this situation.

The final lunch on the train was bitter sweet; however some consolation was talk of future travel plans. As we approached Winnipeg, the snow disappeared completely and instead the wide open prairies became predominantly brown and green.

Five of us shared food and conversation for the last time in the hotel during the evening. This was very challenging indeed for me; I wondered if I would see them again, and whether even future Great Bear trips could live up to this if some were absent. However, I was consoled afterwards by listening to some of Heather's music and resolved to make an effort to keep in touch. 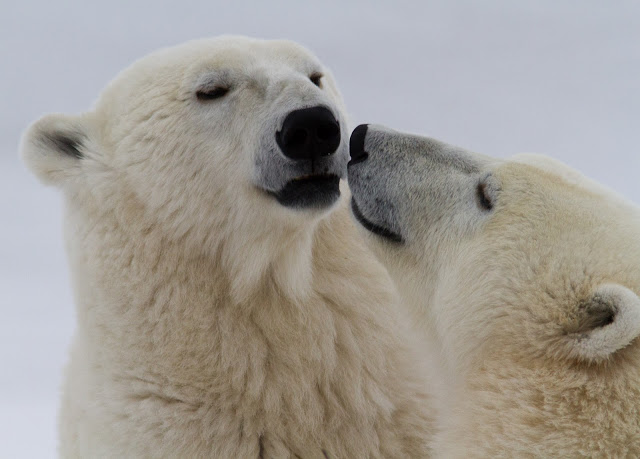