Saturday 13th November- Start of the long ride back (just)

Chuck famously says that it is the incompetent that have adventures. Today maintained the tradition of mishaps- on the way back to the Center to catch the train there was a clunking noise, the bus spluttered to a halt, and an announcement was made enquiring whether anyone had some string. Normally, this would have been a less than auspicious turn of events, as the train the runs only twice a week, however the atmosphere at the back (i.e. lively) end of the bus was one of hilarity. We had complete confidence in Frank and the rest of the grow to work together to find a solution to the issue even though there was no mobile phone coverage, night had just fallen, and it was well below freezing. Luck was with as since the van taking our luggage to the station was flagged down on the main, and rescue arrived, although not before a sub drama involving a certain Englishman falling out of the back of the bus; and a moment when it looked as if the replacement vehicle was going to get stuck in the snow. This incident will be added to the folklore of the GBF, to be retold late at night on trains, buses or in kitchens during future adventures.

The day dawned crisp, clear and cold, and the landscape around Churchill was breathtaking in its rugged beauty, the sea deep blue, with dark rocks standing out amongst the pristine snow, illuminated by the warm low angled sun. We saw a candlestick sunset, reportedly a common occurrence in Churchill but a real spectacle, where the sun creates a vertical line up into the sky. Earlier we were treated to more polar bear viewings, and close display of a red fox. Some may think that by now the sheer wonder of encountering bears may have faded somewhat. This could not be further from the truth: I was heartbroken as I realised watching the sunset that I would not see any more until next year's trip.

After fortuitously making the train Chuck started to talk. He retold stories from his life long work with bears. This included the time when he was bitten on the arm after a tranquillised bear he was working on woke up, and the details of when his colleague Frank fell through the roof of an occupied polar bear den. He also had some great stories of earlier Churchill trips, when attitudes were even laxer than they are now and there had been talk of lighting a camp fire in the dining car during a wide late night party on the train. Chuck held the attention of all those round him for over two hours, and his sense of humour is as great as the breadth of his experiences. He is also passionate about education: for example telling us that the adaptation where polar bears necks are wider than their head becomes more pronounced west and east from the population in the Bering Sea. 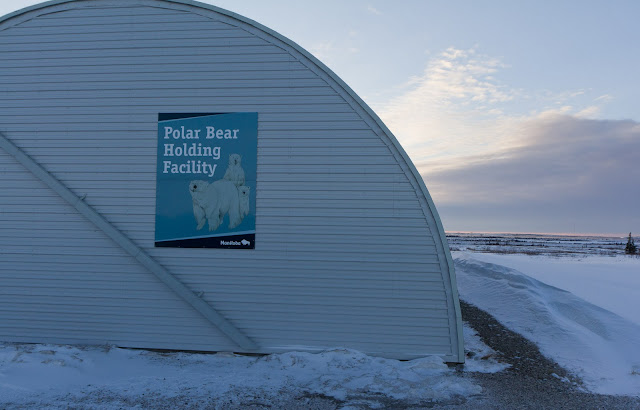 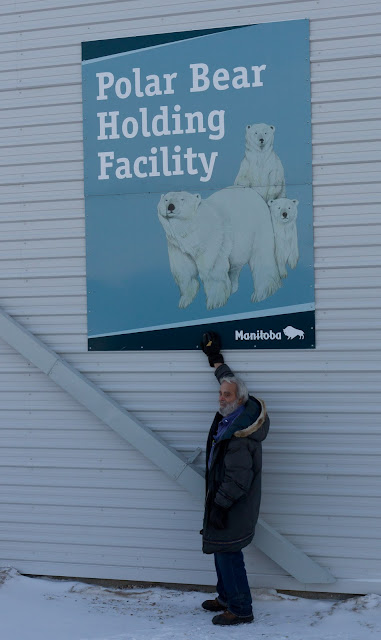 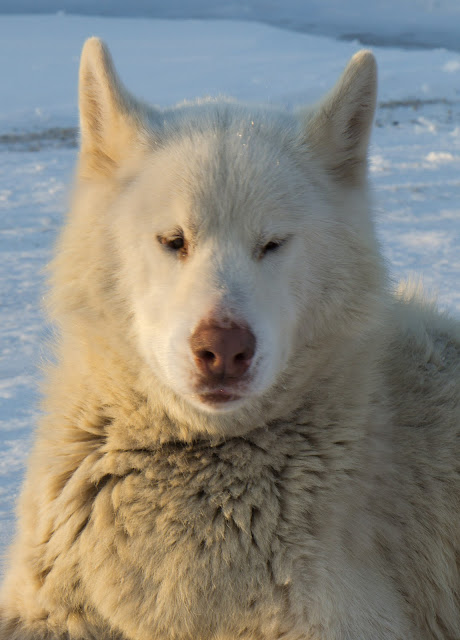 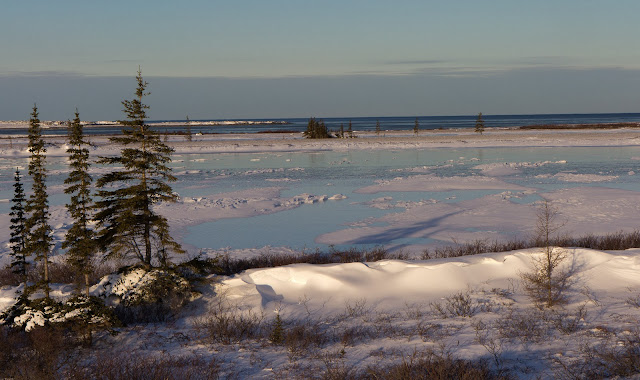 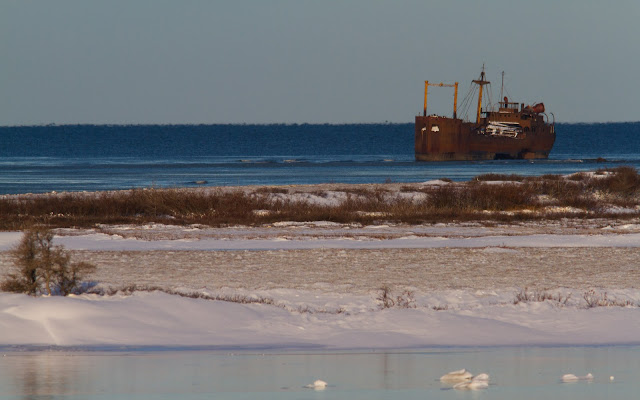 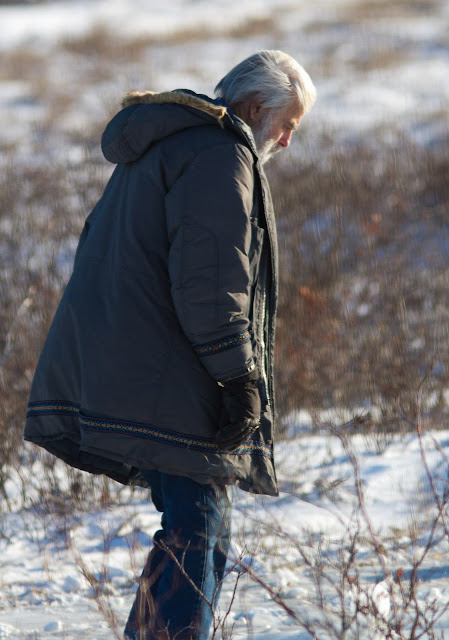 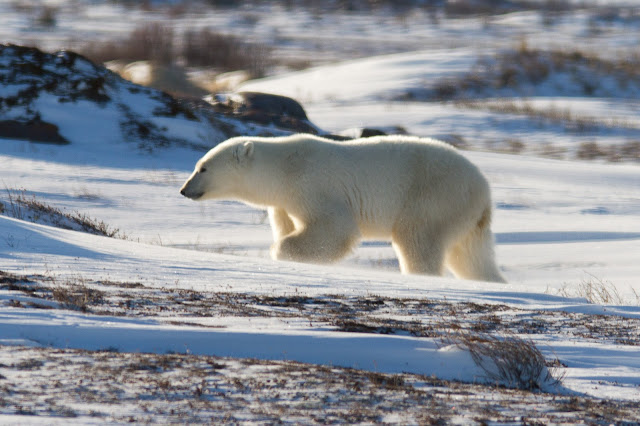 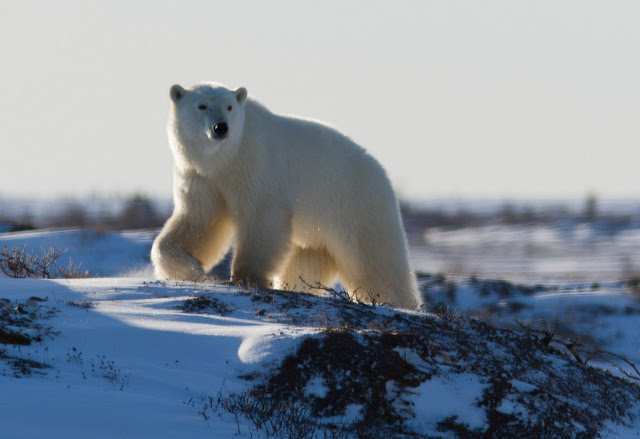 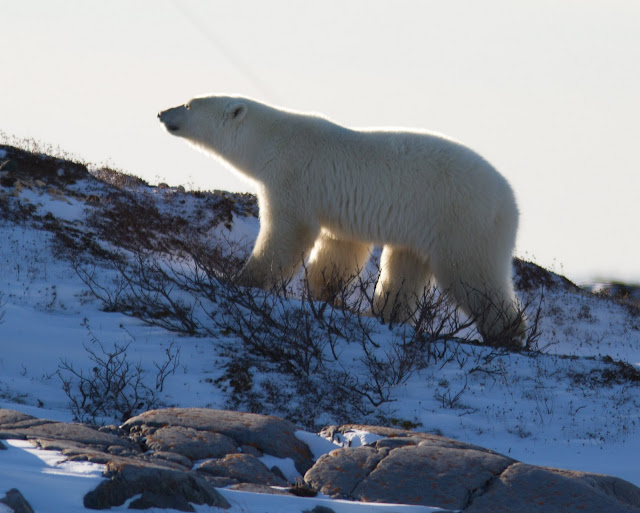 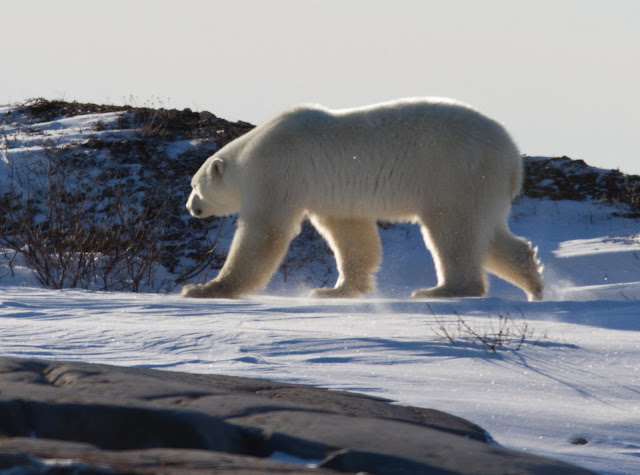 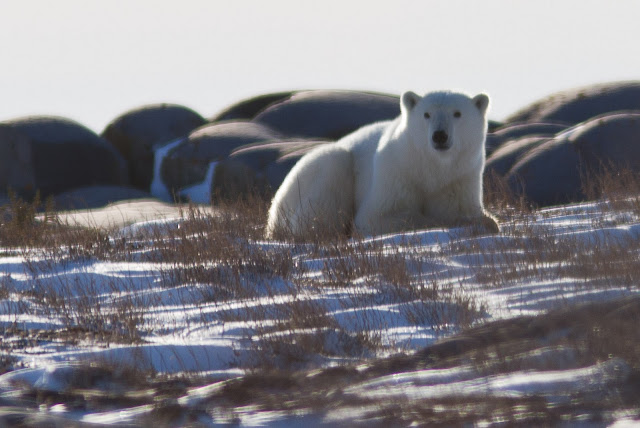 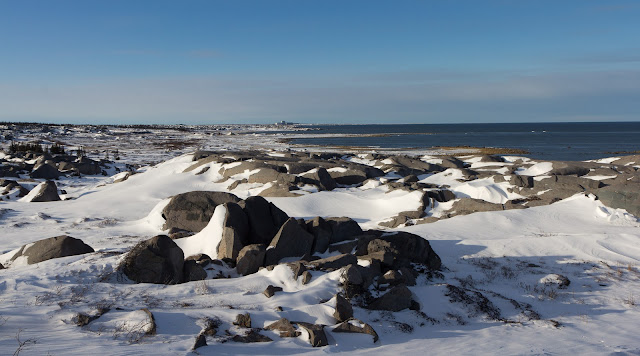 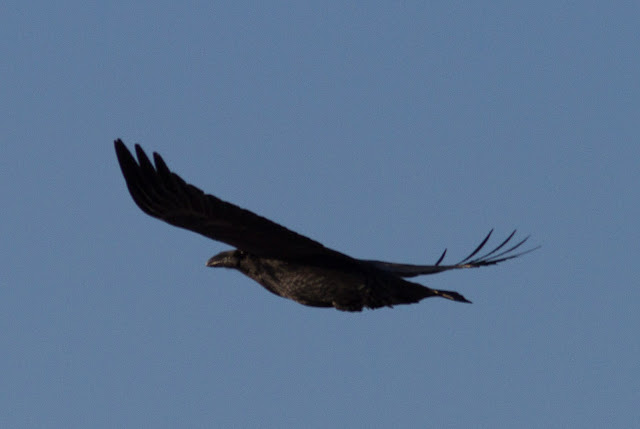 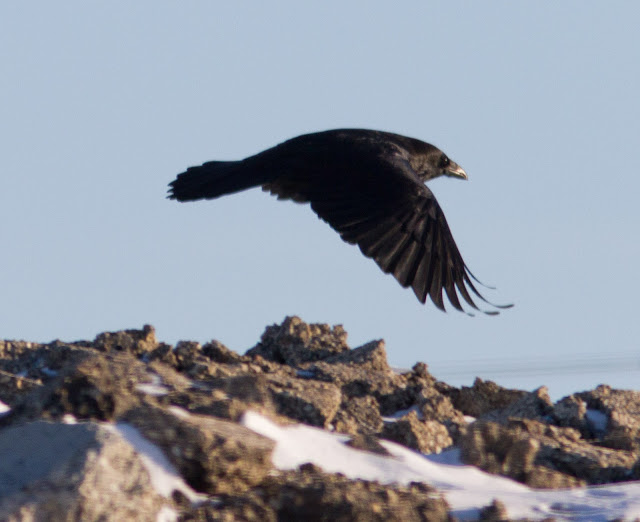 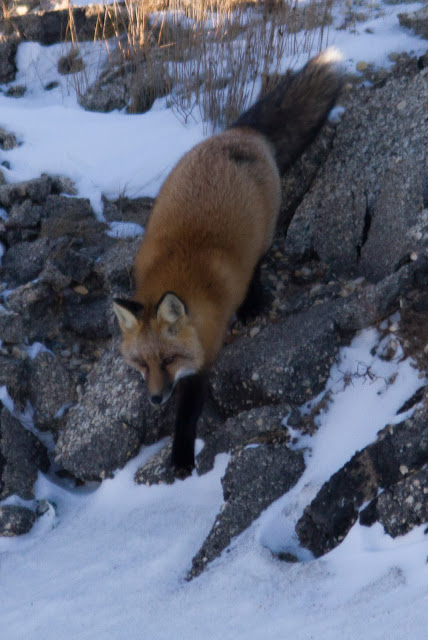 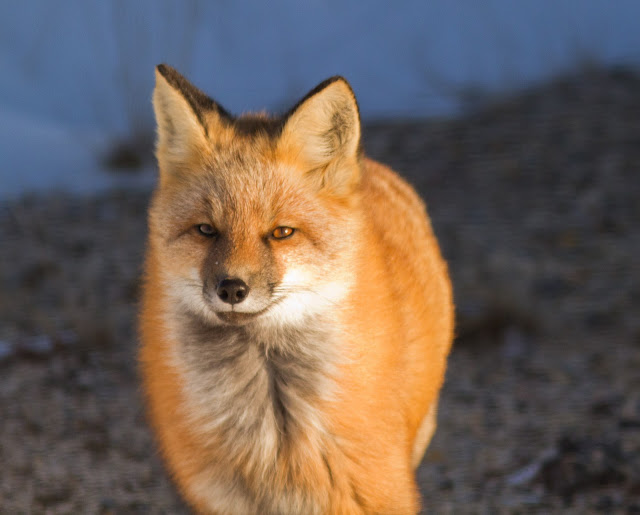 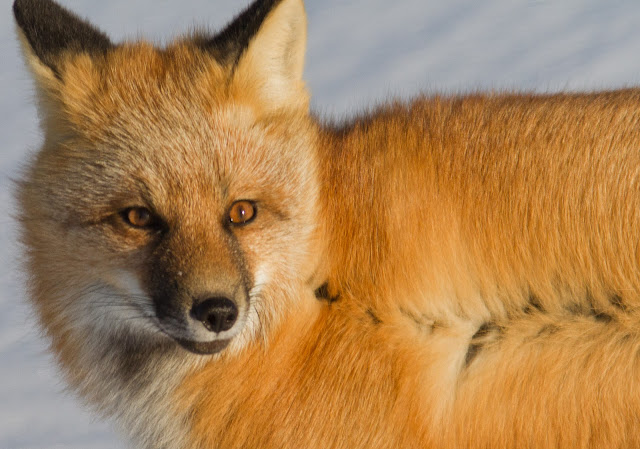 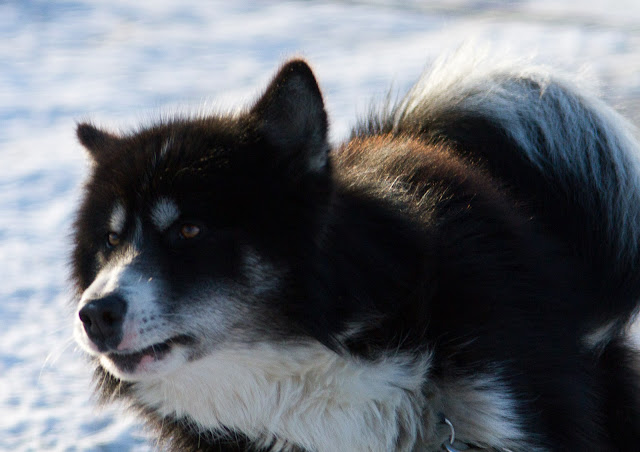 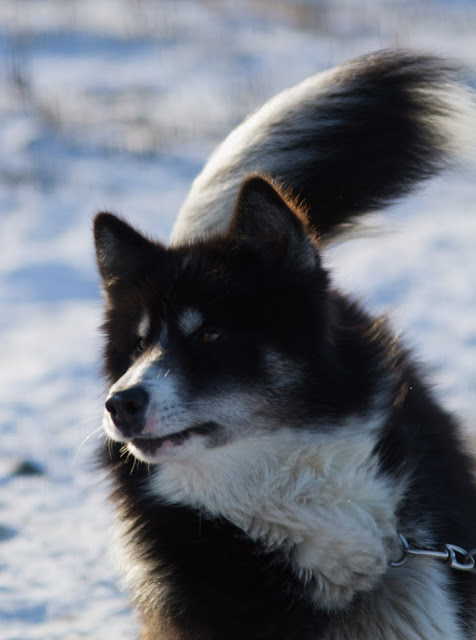 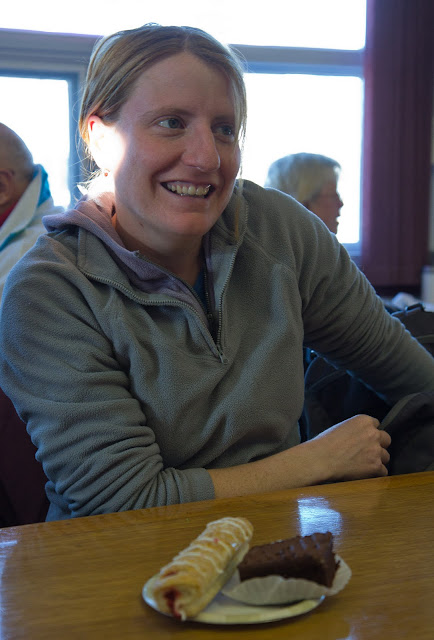 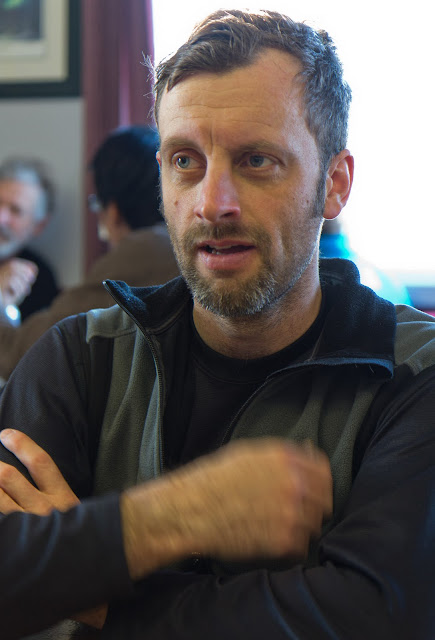 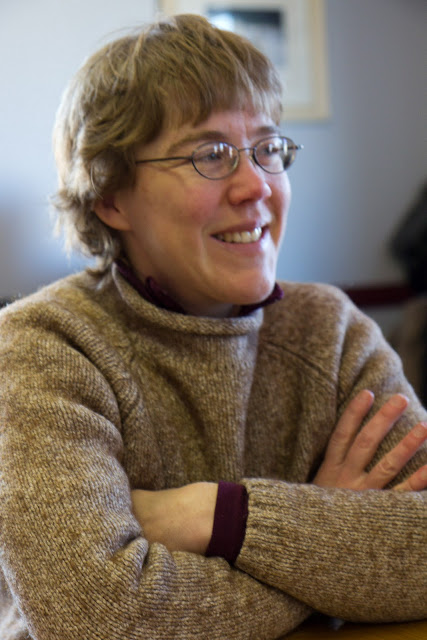 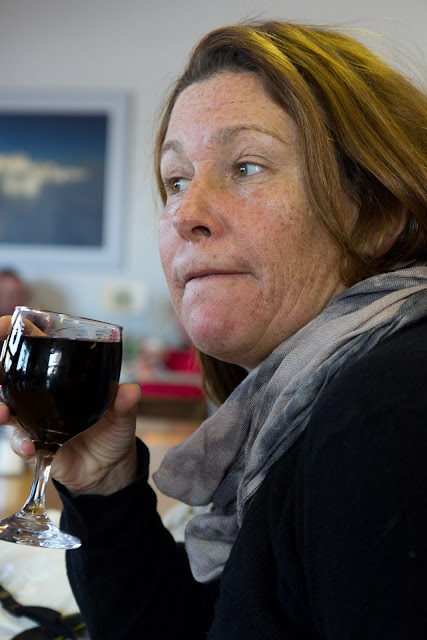 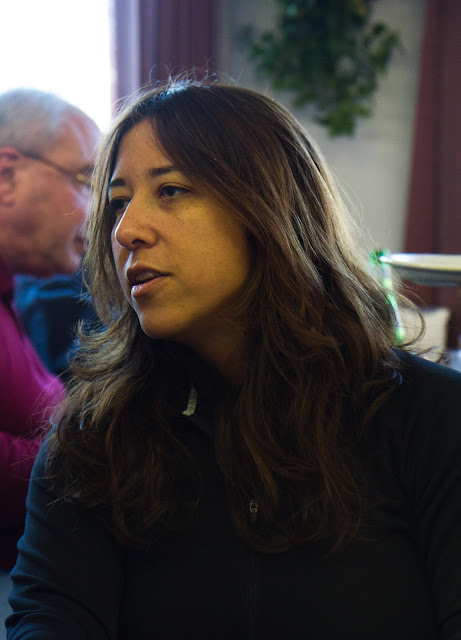 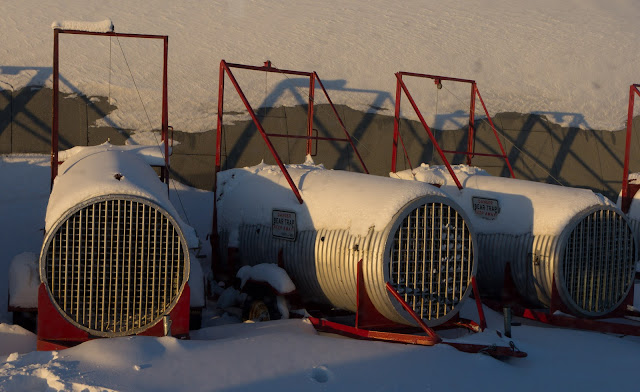 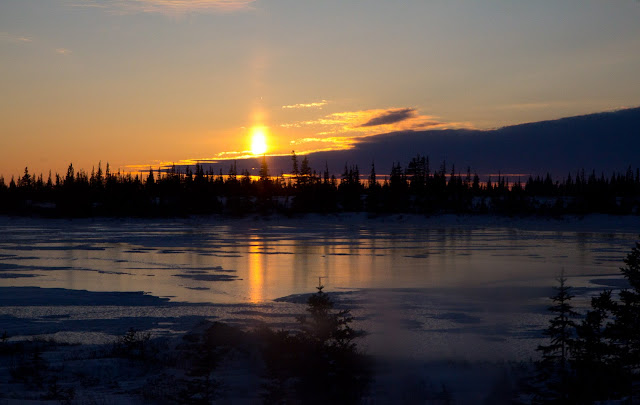 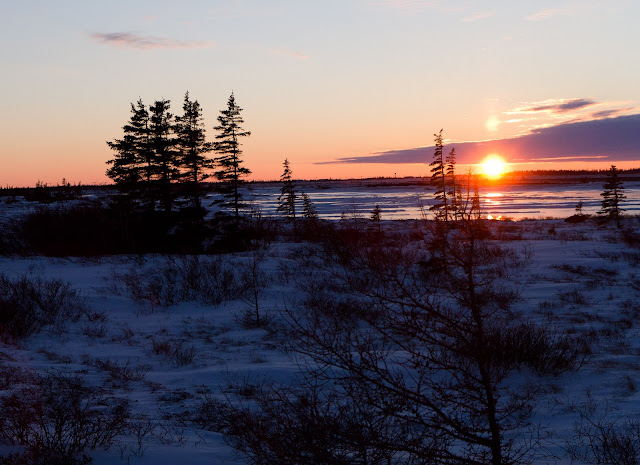 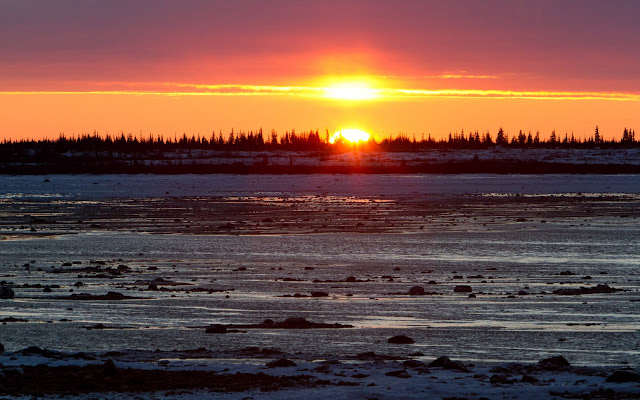 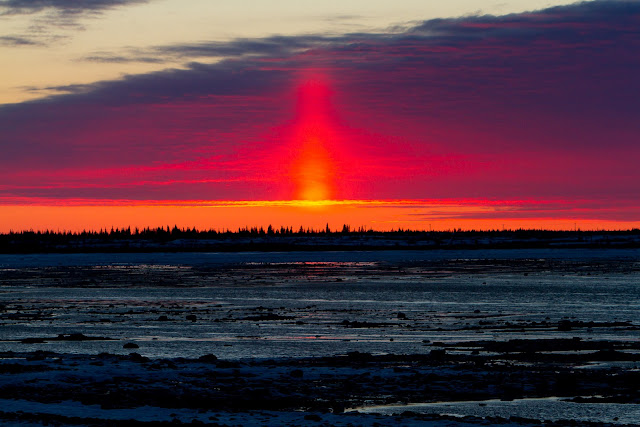