When planning this trip, I was a little apprehensive about spending 4 days out of 10 on a train, but the journey has proven to be one of the most cherished memories. Time stands still this far north and the concept of schedule is irrelevant. It is now a week since I have read a newspaper, used the phone, or sent an email. Even the dark, looming presence of reality slowing coming into view over the horizon is not enough to puncture the pervasive sense of relaxation. By now the group has a family dynamic, and like any family there are dysfunctional elements, but also a sense of mutual belonging. There are a few loud and insensitive members, many kind ones, and everyone looks out for each other. This is a far from a commercial tour group as one could imagine; since here there is a shared sense of liberal values, and for some it is a moral obligation to come.

What structure there is to life on the train is built upon meal times in the dining car. However this is relative: one station stop today included a snowball fight with the staff, and trip into town for Heather and myself courtesy of the train staff to visit the supermarket whilst the train was held at the station. This would not happen where I come from: schedules and regulations are regarded as more important than people in the south.

I was distraught tonight on the train after dinner, unable to conceal my sadness at the parting of our ways (the majority of the group left at midnight for The Pas). I was sad that a week of magic, kindness and fun, so different to my normal life, was ending. My feelings were amplified by the impact of listening to music for the first time in a week, thanks to Heather's generosity.

Shannon told me as she was getting off the train that I was part of the family now- a very moving comment especially given my initial nervousness as to whether I would fit in. 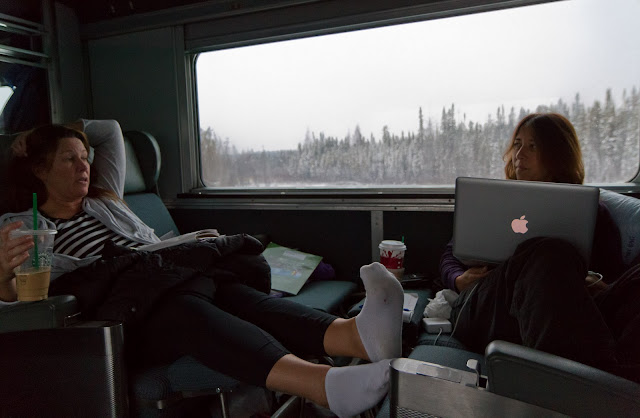 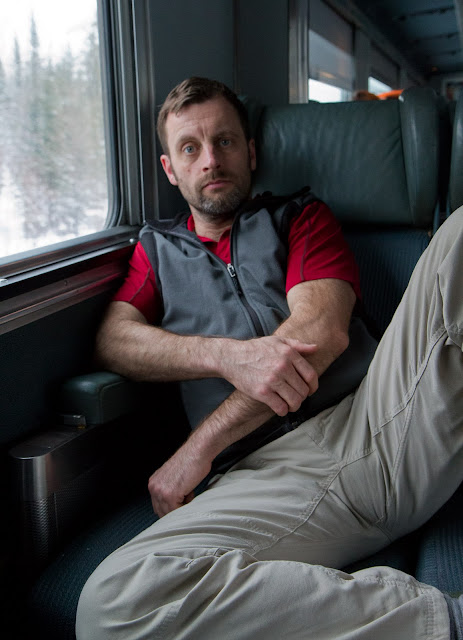