The following series of blog posts document a bear viewing trip to South East Alaska in July 2011, with photographs and video. 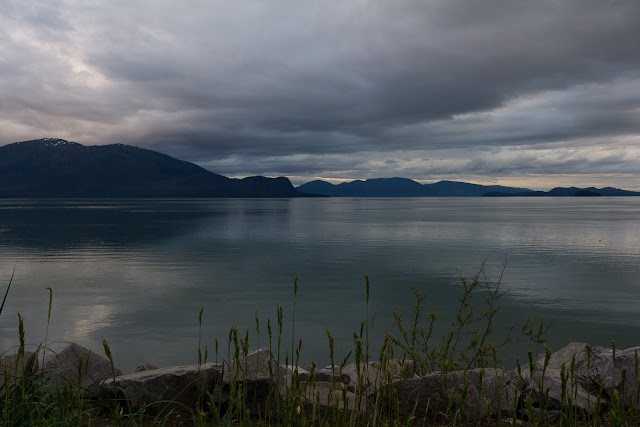 Wrangell. I flew this small Alaskan town via Philadelphia and Seattle, and stocked up on grocery supplies in preparation to being away from human settlement for 7 nights. I also bought some bear spray, which proved to be a wise move given later encounters. 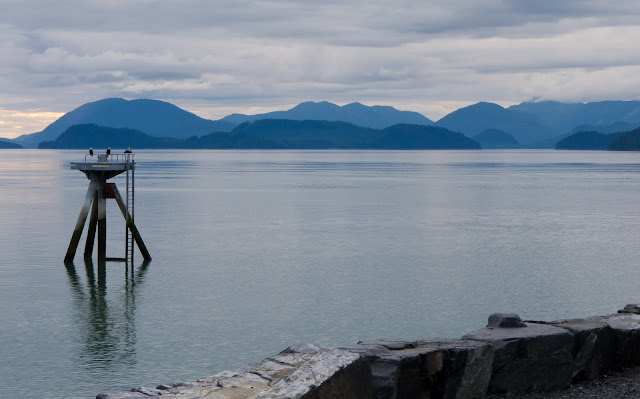 Note the Bald Eagles in this picture of Wrangell, a beautiful start to my adventure. 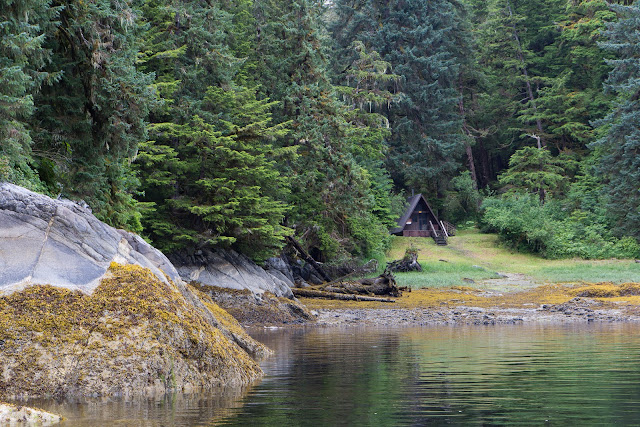 This was my first glimpse of the US Forest Service cabin which was to be my home for the next week, approached by boat (the only way to access it except by float plane). 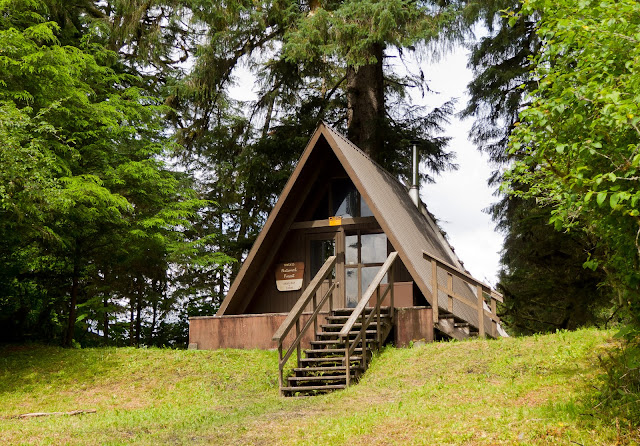 A view of the cabin from the beach. 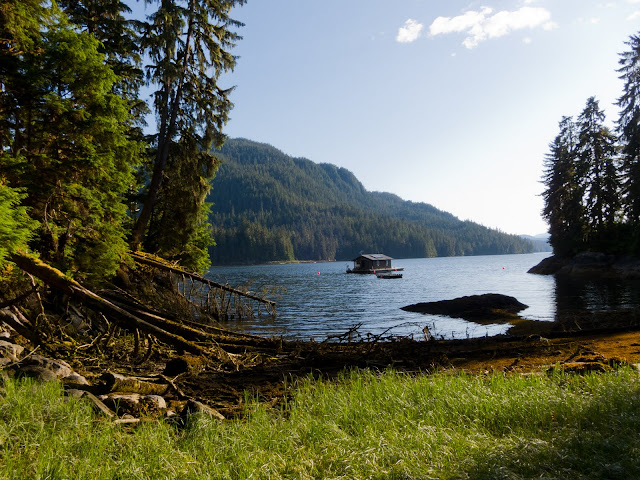 This is Anan Bay in front of the cabin at low tide, with the Tongass National Forest Service rangers' float house in the centre. 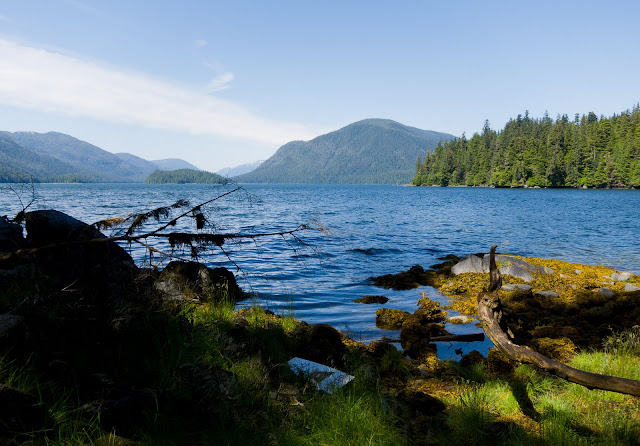 There's a beautiful secluded bay at the back of the cabin, incredibly peaceful with eagles flying over head. 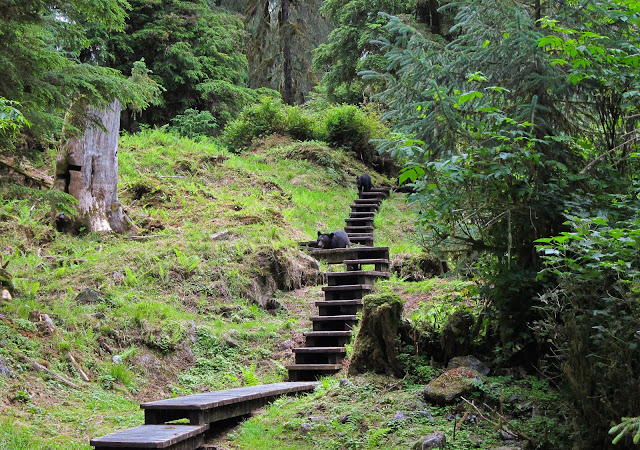 The bear observatory is a mile along a boardwalk from the cabin. Bear encounters are not uncommon, as in this picture. 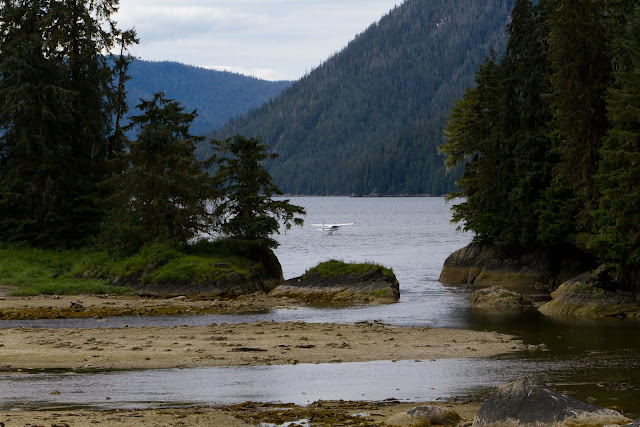 There is a lagoon on the trail to the bear observatory, here shown at low tide, with a visitor's floatplane visible. 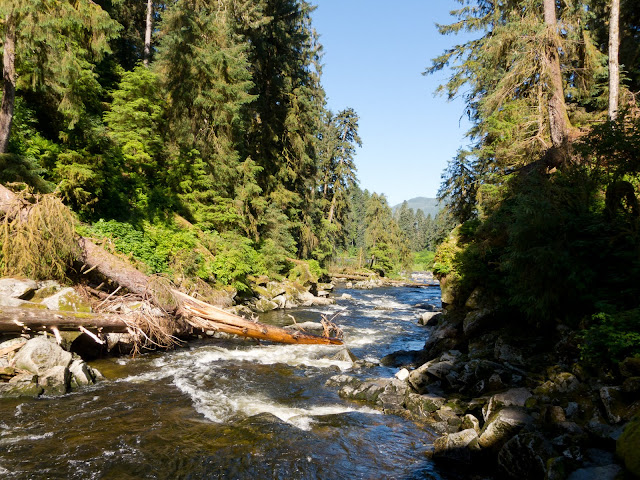 This is Anan Creek as seen from the bear observatory. 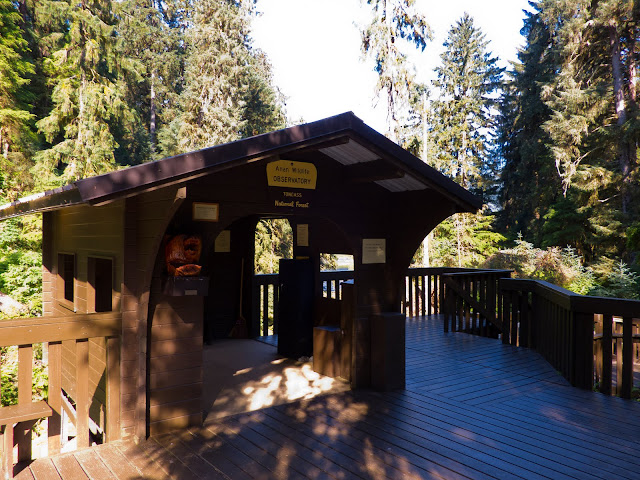 Here's the wooden structure at the observatory. 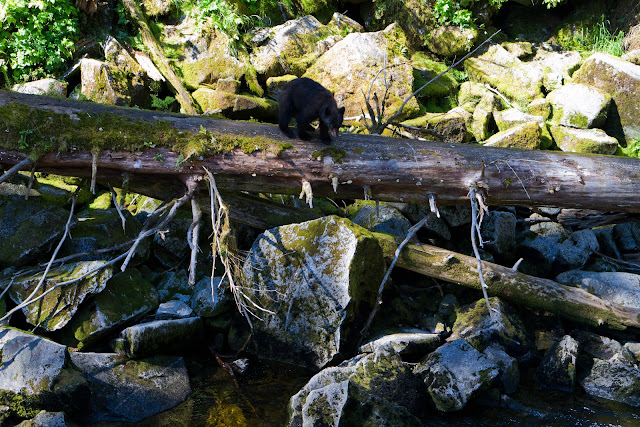 A black bear on a fallen tree trunk. 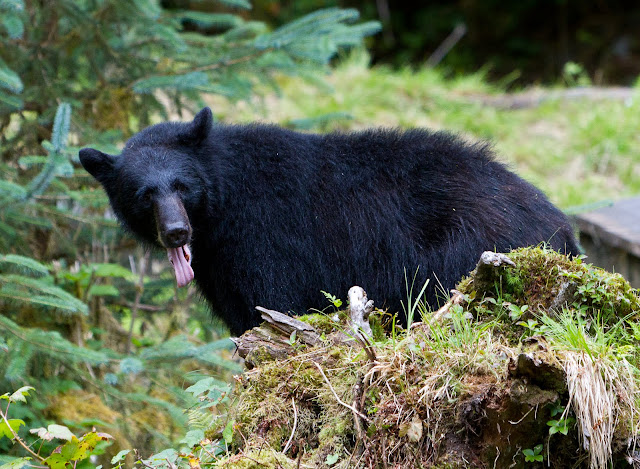 A black bear next to the board walk. 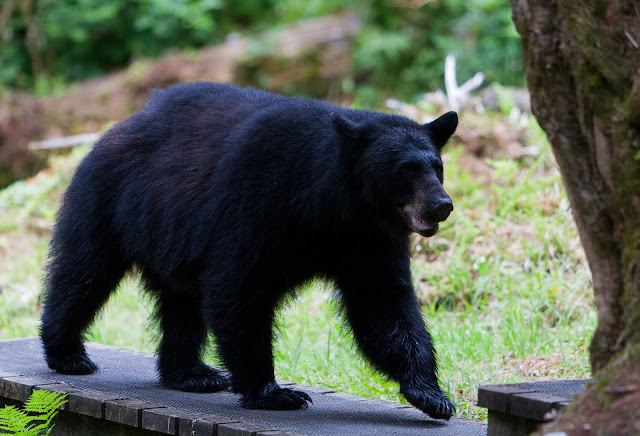 Bears find the board walk convenient. 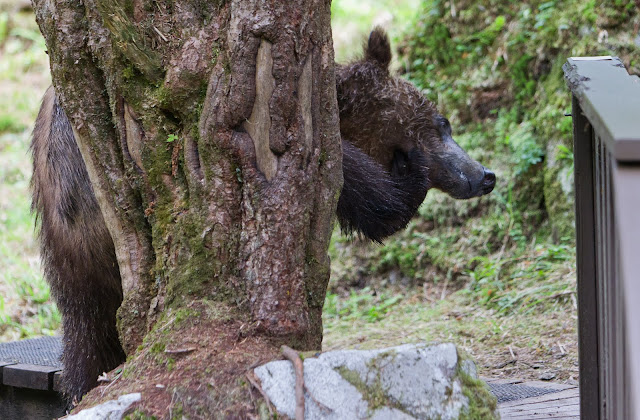 Look at the state of the wooden railings (teeth marks).... 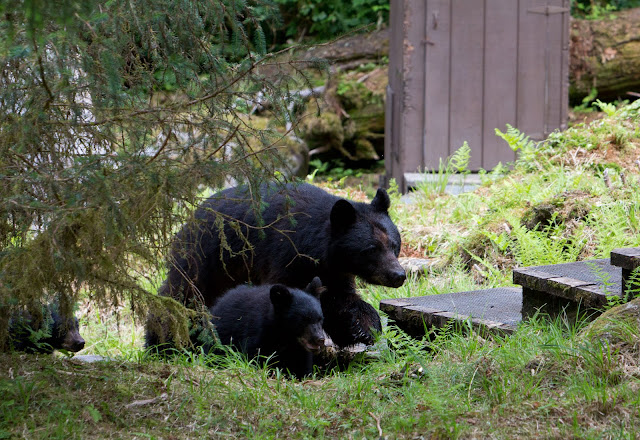 You can see the observatory's outhouse in the background of this picture; bear activity sometimes lead to terrified visitors being stranded in the toilet. You can see the teeth marks on the left hand edge of the outhouse.

This video was taken when Georgie, a female brown bear attempted to break into the outhouse. The shouting is from myself and two rangers shouting her off.

The video above is a short shot of the river at Anan.