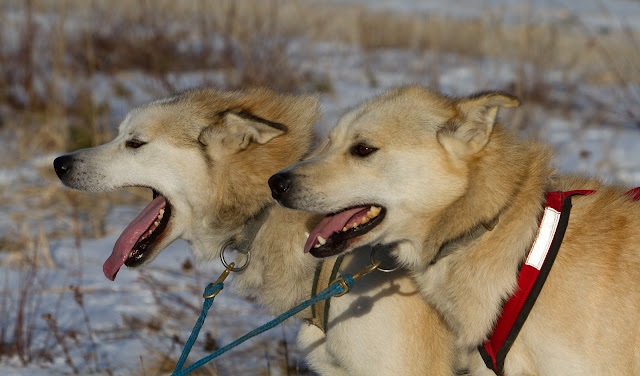 Two of the sled dogs

Today started with a dog sled tour from a former winner of The Hudson Bay Quest. There was finally a little snow, but not enough to prevent the sled having to run on wheels. A large part of the appeal of this trip for me, aside from the bears, is the magic of rugged landscape, so different to my home environment. There’s almost a sense of other worldliness. Furthermore, I was awoken in the early hours by news of the Northern Lights. Whilst this was far from a spectacular display by Churchill standards, with clouds rolling in quickly, it was still a highly spiritual experience to treasure. 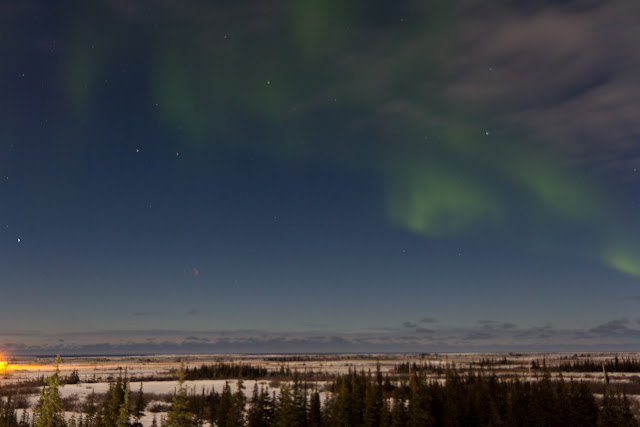 Before this, Shannon Donahue gave a presentation about bear viewing.  She outlined different types of habituation: bear to bear, bear to human, human to bear. She also explained the crucial distinction between habitation to humans and the more malign issue of food conditioning. She contrasted the situation of multi use bear viewing areas such as Chilkoot River and Russian River in Alaska to Anan Creek and McNeil River. In the latter remote bear sanctuary viewing is controlled, low impact, with no food conditioning. 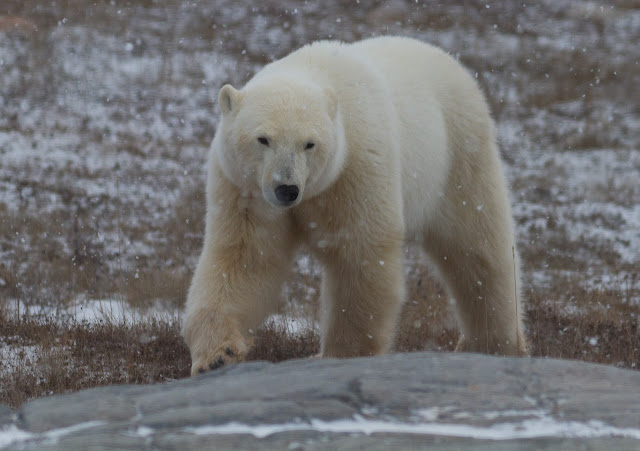 A bear we saw in the snow in the afternoon

Then Chuck Jonkel gave a programme on The High Arctic; here are a few notes:
• Greenland: concern regarding oil exploration. The Gulf of Mexico spill was catastrophic, but what hope would there have been of controlling a similar situation in The Arctic in minus 60 temperatures, in the pitch dark, with a 40MPH wind blowing? One incident could take out nearly all life in the polar basin as currents carry it around a relatively small area.
• Russian claims on Arctic are also a worry: they have dropped a flag down 9000 feet on ocean floor, and made claims on the continental shelf. Canadians and Americans are not giving it attention it needs
• Shipping routes are already being established. The North West Passage was blocked for 100,000 years with all year ice, but melted four years ago.
• The Greenland Ice Cap is 2 miles thick, the size of five Montanas, and a threat to everyone on earth as it melts at an alarming rate.
• We could lose the polar bear population in Hudson Bay in as little as 3 years . Fifty percent of the bears we’ve seen this week have been really skinny looking, in bad shape. Their productivity is already down twenty percent. There are still a few big bears around who continue to be successful, but it is inconceivable that they can learn to live in James and Hudson Bays without the ice cover needed to hunt their ringed seal food source. A few bears may survive eating berries and kelp, but this would be a very tiny population
• Few people living in the Arctic in a position to fight for it, so we need to be possessive and care about the region ourselves. 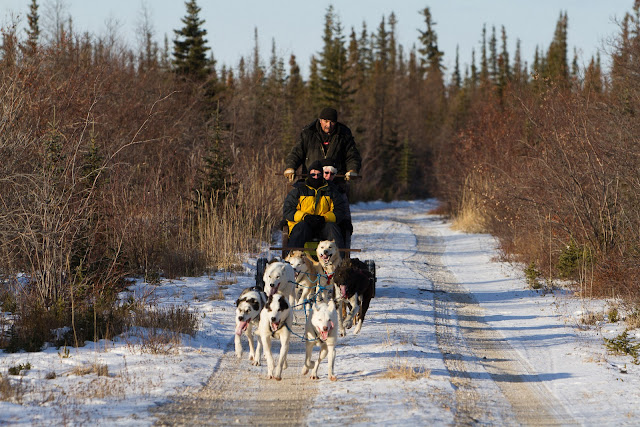 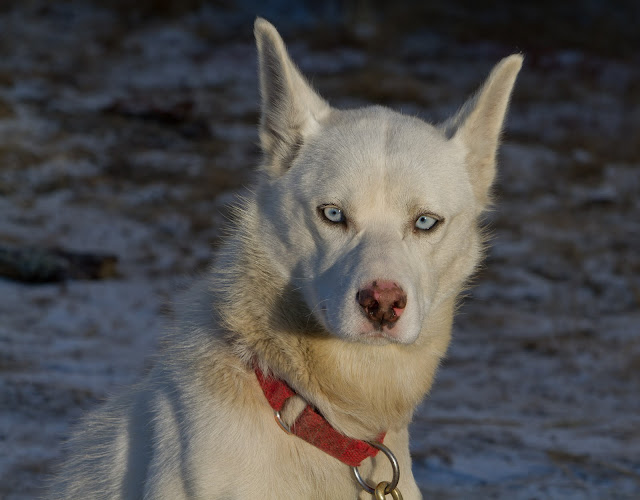 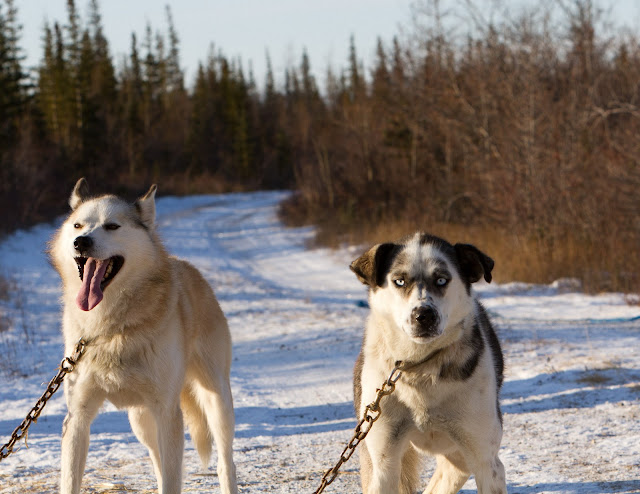 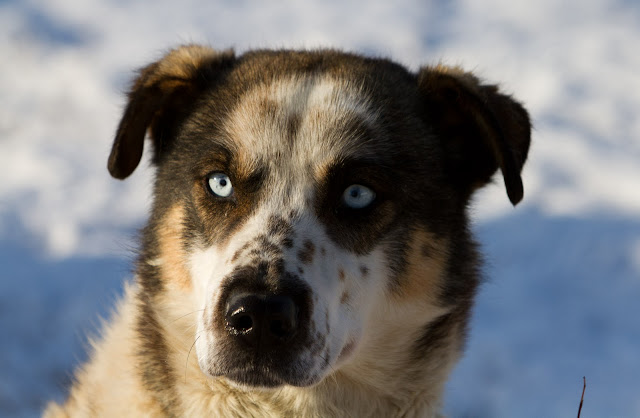 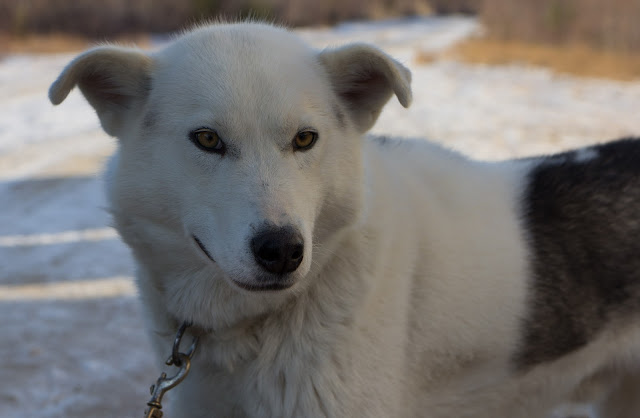 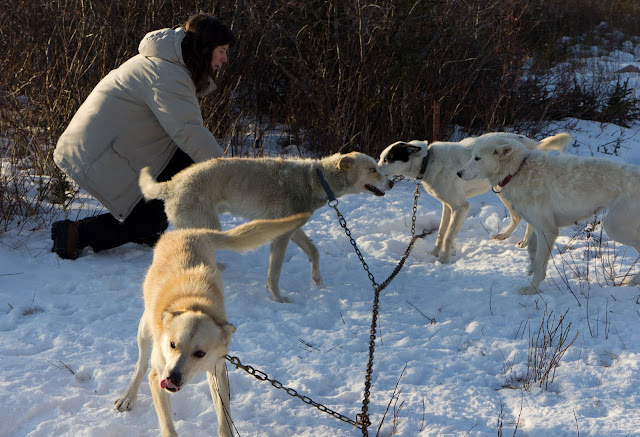 Janet with the dogs 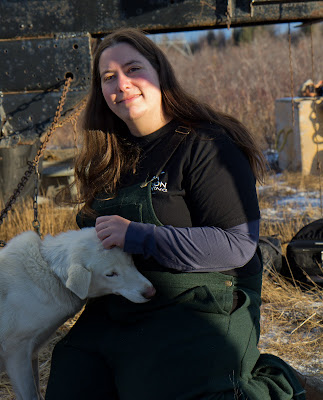 Shannon with a sled dog 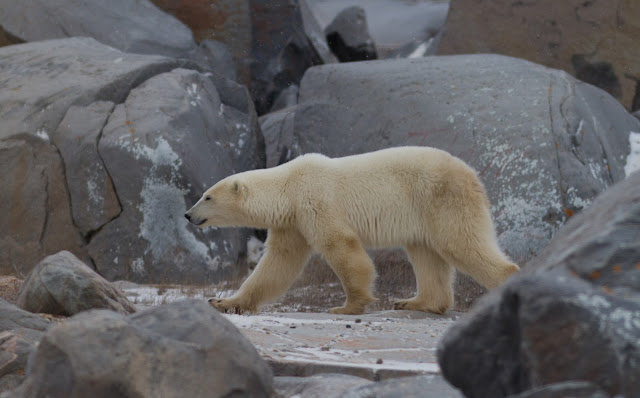 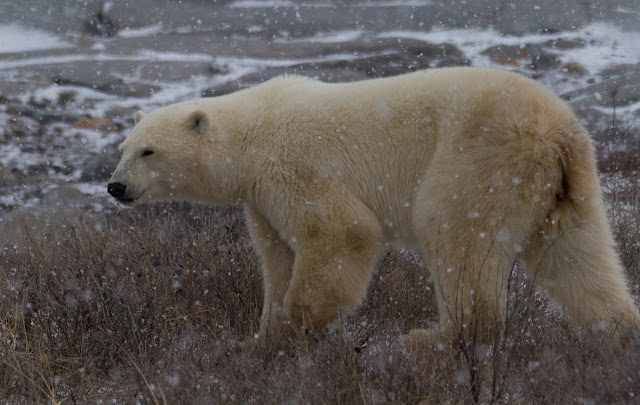 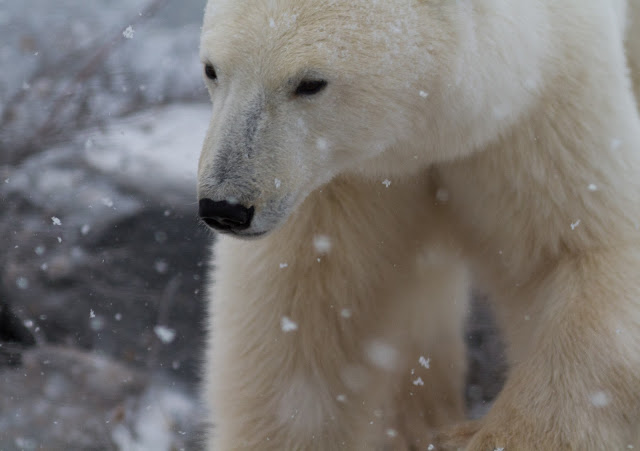 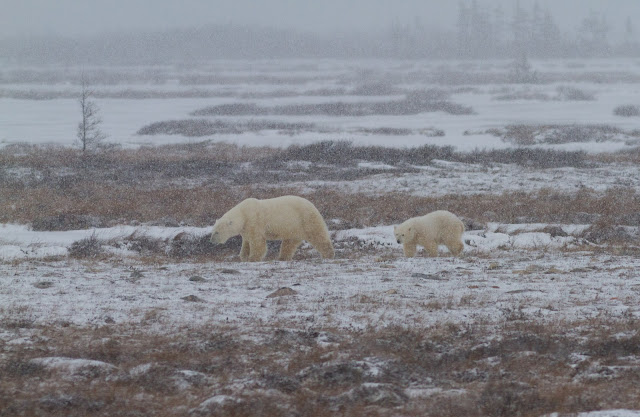 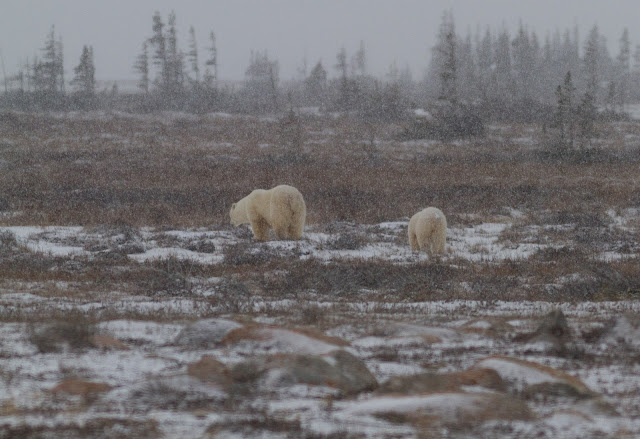 Bears in the snow in the afternoon 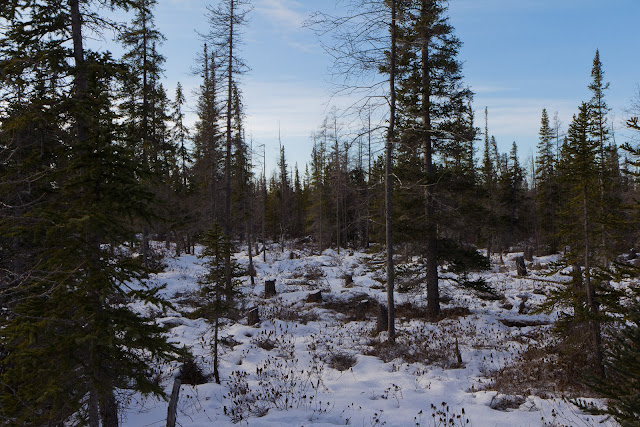 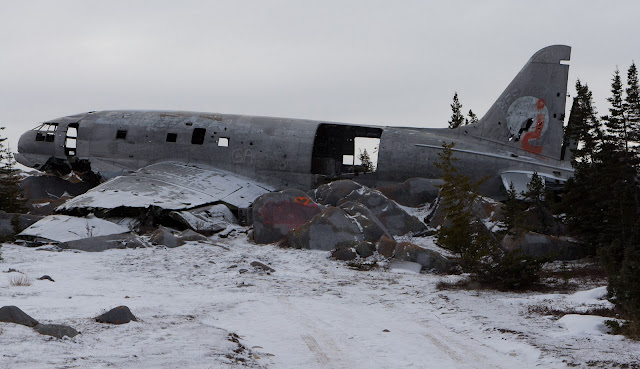 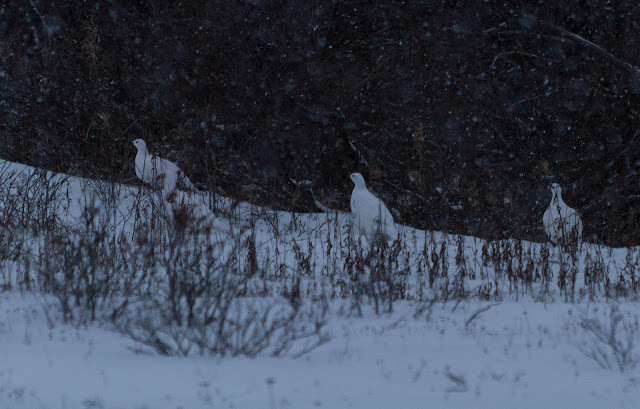 Ptarmigan spotted in the late afternoon near the Centre 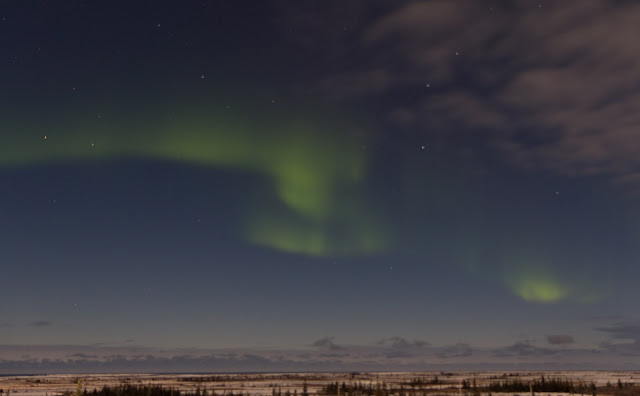 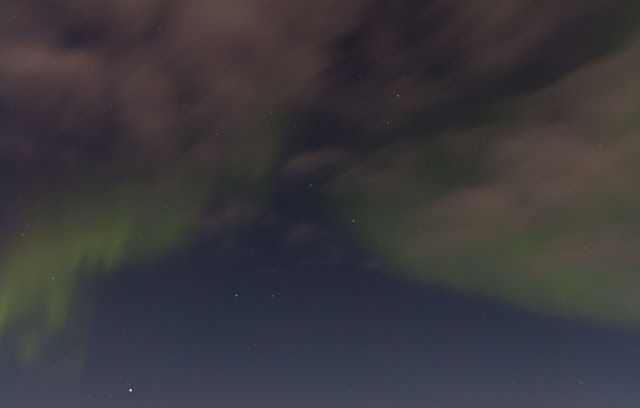 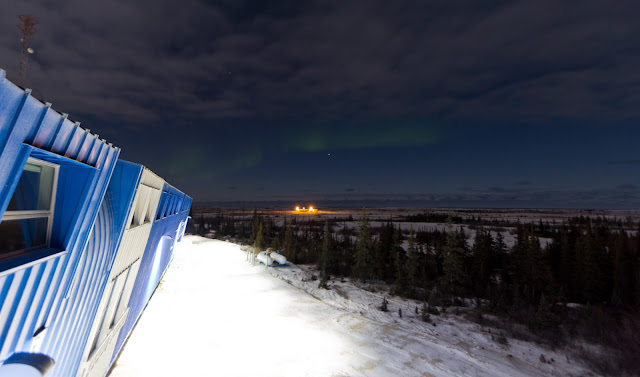