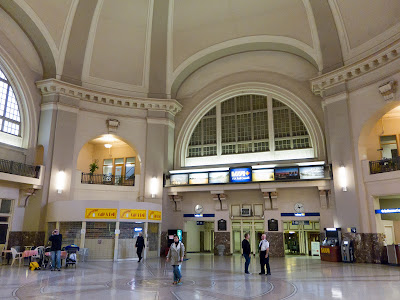 I write this on an epic train journey through Manitoba, moving at a stately pace, staring at endless flat vistas. We have just passed through a small settlement at walking pace, but already I feel we have a crossed a frontier, as we move gradually away from civilisation. Sadly, as I shall explain in later instalments of this blog, the wilderness we heading to is far from immune from the damaging effects of that civilisation, yet there is a deep sense of serenity now as we relax on the train. 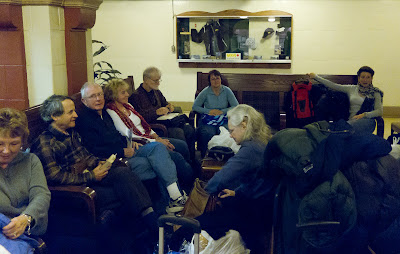 The Winnipeg group waiting for the train

Yes, I’m heading back to the ‘polar bear capital of the world’ for a second consecutive year with The Great Bear Foundation, for another adventure. We’re a motley crew: folk from all walks of life, including academia and the military; some are wildlife experts and others enthusiastic amateurs like myself. The weather is damp, and unseasonably warm, but the excitement for polar bears is palpable. I’m also eager to reunite with bear loving friends in the early hours of the morning, when the 13 Montana travellers join the existing party of 14 who started from Winnipeg. 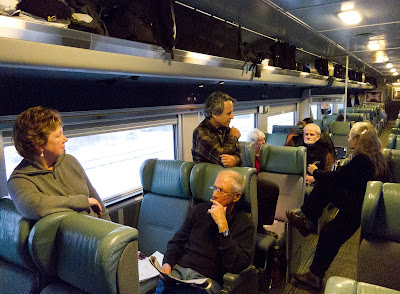 Relaxing on the train

According to Chuck, Shackleton, the Arctic Explorer, said only the incompetent have adventures with polar bears. This is an apt statement, for this is not a slick commercial trip, but one with a looser structure, where surprise is often just around the corner. I find this approach refreshing: schedules and plans can be over-rated. 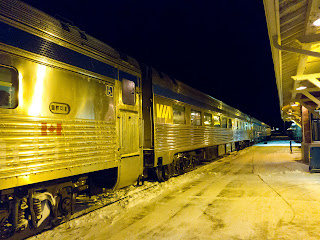