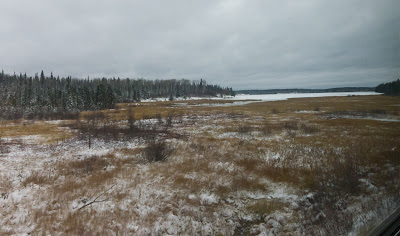 View through the train window

The expansive rail journey continues; and finally at 2am the group was reunited as the explorers from Montana boarded the train at The Pas. My joy was tempered by the absence of one particularly fun and dear friend, but I’m hopeful she’ll be back next year. Part of the magic of this slow migration is the gradual change in the landscape as we move north, trees becoming increasingly sparse and stunted, and finally the tundra appearing. 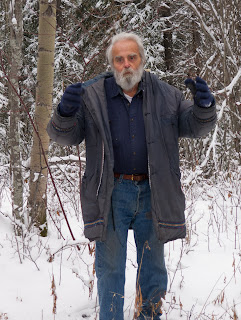 Chuck Jonkel giving a talk on the boreal forest


In Thompson, the train took a two hour stop, and we headed off into the boreal forest for an ecology talk by Chuck Jonkel, the group leader. Living in a country where snow is an occasional treat, the now white landscape did much to fuel my excitement. We caught the odd glimpse of wildlife on the journey, including bald eagles, deer and a coyote, but the real excitement is to come. 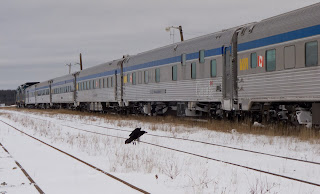 The train at Thompson