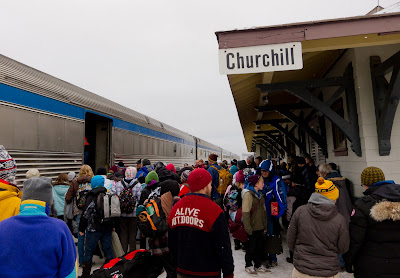 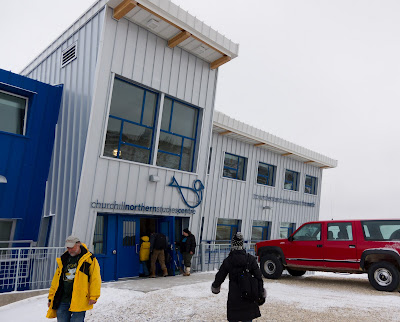 After an early breakfast of my customary oatmeal and pancakes, we arrived in Churchill, disembarked and travelled to the impressive new Northern Studies Centre. The facilities are far more lavish than the building we’d stayed in on previous trips, and it’s an exceptionally efficient design. Any nostalgia for the old facility or concern about luxurious overkill was quickly put to one side. 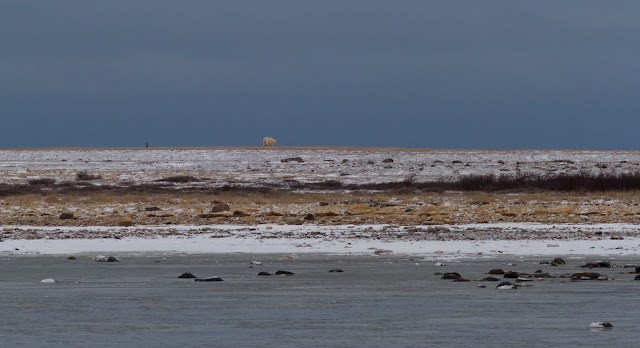 A polar bear on the horizon

The temperature may have been worryingly warm, and the snow cover sparse, but the bear viewing started almost immediately after we boarded our rented school bus, and in the afternoon one came right up to our window. However, the first bear we saw was seriously underweight, in common with about half of those we were to encounter. We also saw ptarmigan, and enjoyed one of Churchill’s gorgeous candlestick sunsets before heading back to the Centre for dinner. 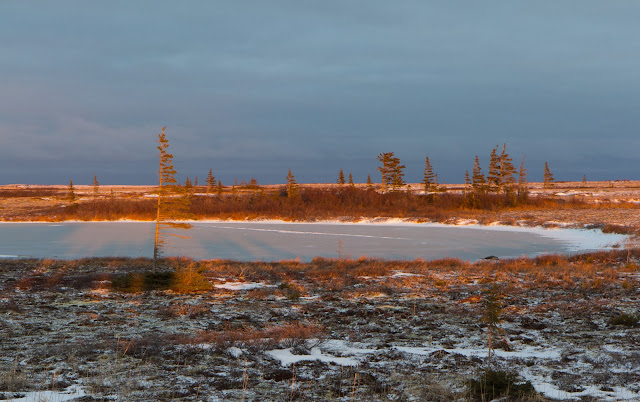 The lack of snow and relatively mild temperatures were a concern

This is no ordinary tourist vacation: instead it’s a learning experience. Tonight legendary polar bear expert Chuck Jonkel gave a lecture with some disturbing conclusions. Here’s a brief summary of some of the things we learned:


If you want to investigate these majestic creatures in more detail I recommend reading this book by Ian Stirling. 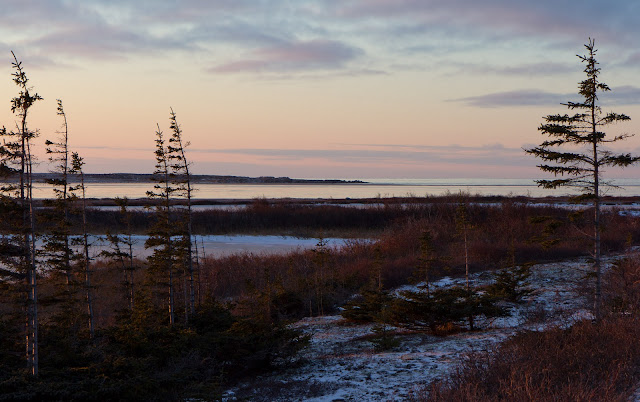 Hudson Bay in the afternoon