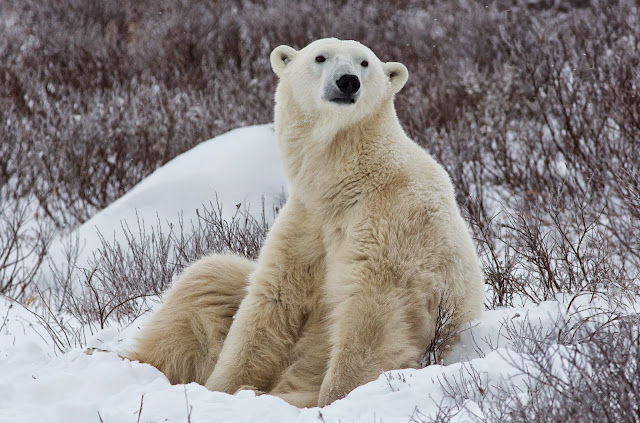 This day, I took a trip on a Tundra Buggy, which travels off road on former military trails which cannot be negotiated by a normal vehicle. They are a controversial means of tourism, as the buggies can cause damage to the tundra, especially when operating in summer before the ground is frozen. It is a localised effect however, and in recent years the drivers appear to have become more disciplined in keeping on the trails. Of greater concern is the presence of two lodges where guests can stay during the autumn season. It’s unlikely be a coincidence that the highest probability of seeing bears is next to the lodges, where food is prepared. It’s also concerning that a bear approached our buggy whilst lunch was being consumed after one guest took food outside on the rear deck, which is prohibited. Polar bears' sense of smell is phenomenal, and the future for an animal who learns to associate humans with food is uncertain. However, tundra buggy permits are strictly limited, and they do at least contain the problem to a limited area, where tourists and operators are under supervision. The cost of $450 a day also limits demand, and pressure on the ecosystem. 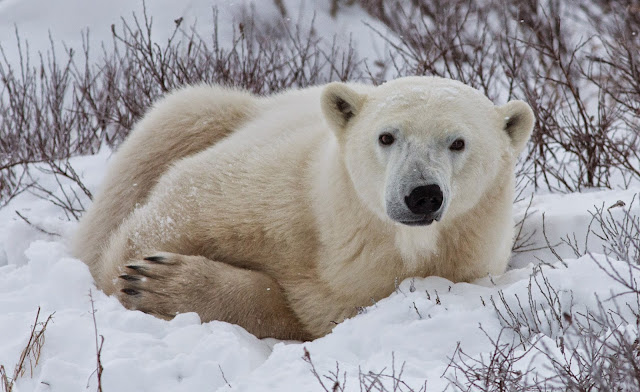 A severe blizzard hit Churchill during the afternoon, and visibility was reduced to such an extent that the driver could barely navigate his way back. This put paid to bear sightings after 2pm. There are said to be many snowy owls this year in Churchill, due to peak of lemming cycle, but I didn’t see any, though I did spot Ptarmigan and a Gyr falcon from the buggy before the storm took hold fully.

Due to a bizarre misunderstanding, when I returned to my hotel in town during the blizzard, my rental vehicle and myself had been reported missing to the RCMP. An administrative mistake meant my Jeep had been expected back the previous day, and in the midst of such severe weather, a search had been unable to locate it. Meanwhile, there were fears for my safety, even though I was actually in the hands of The Tundra Buggy Company. The issue was quickly cleared up that evening, but it was a reminder that this is a hostile, sub-Arctic environment, where everyone has to look out for each other. 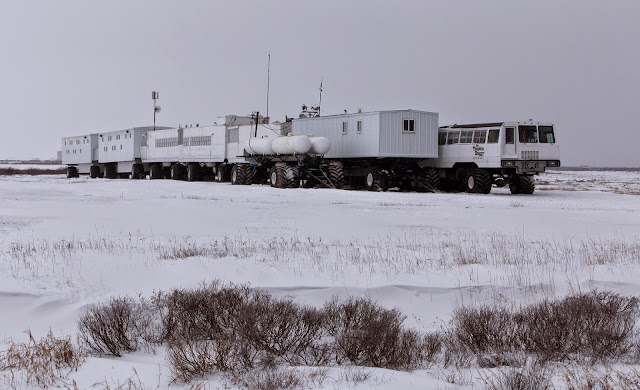 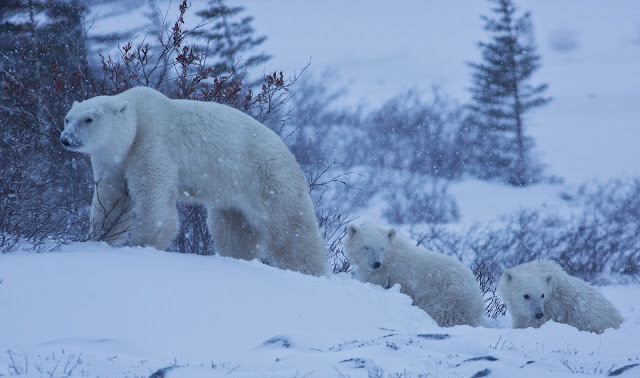 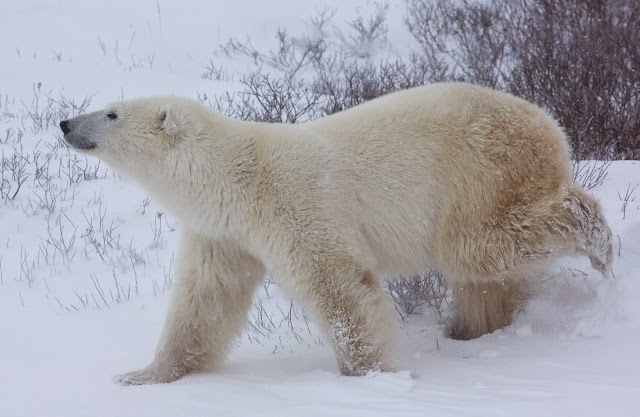 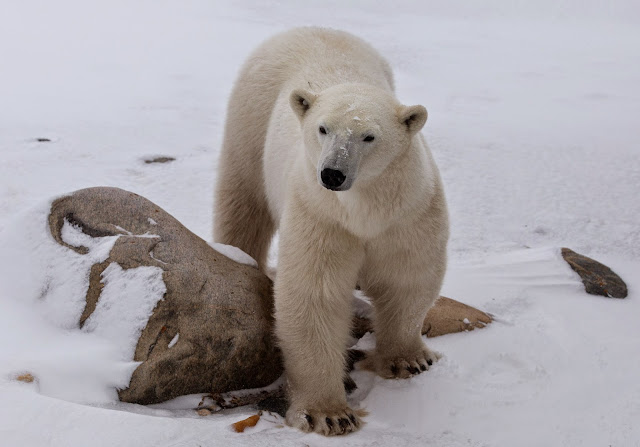 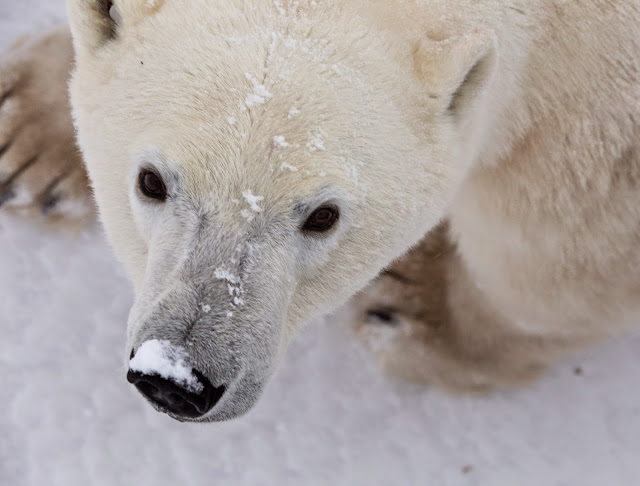 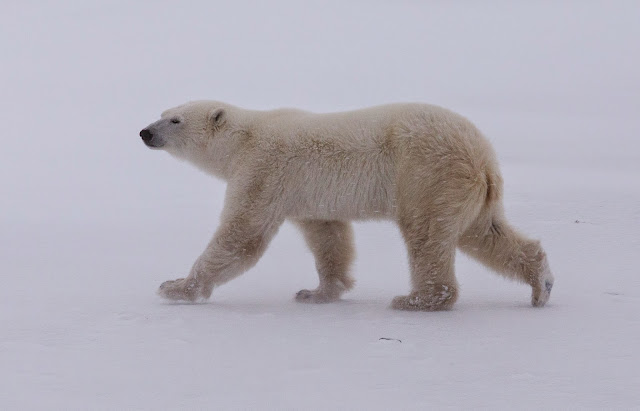 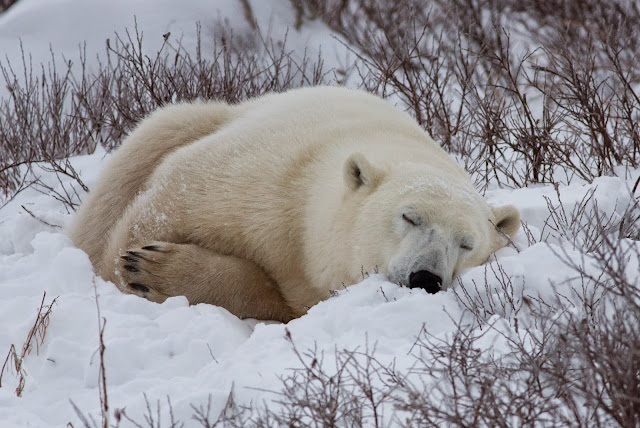 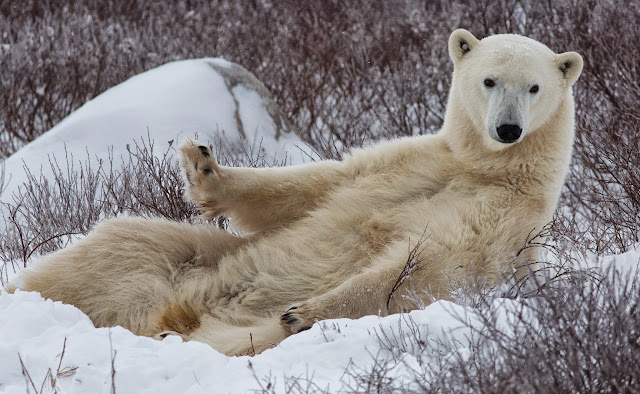 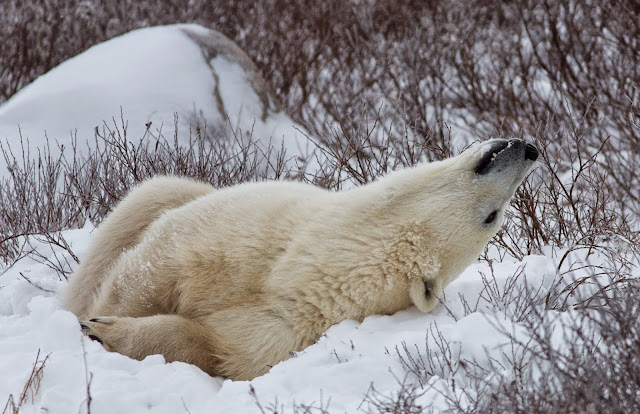