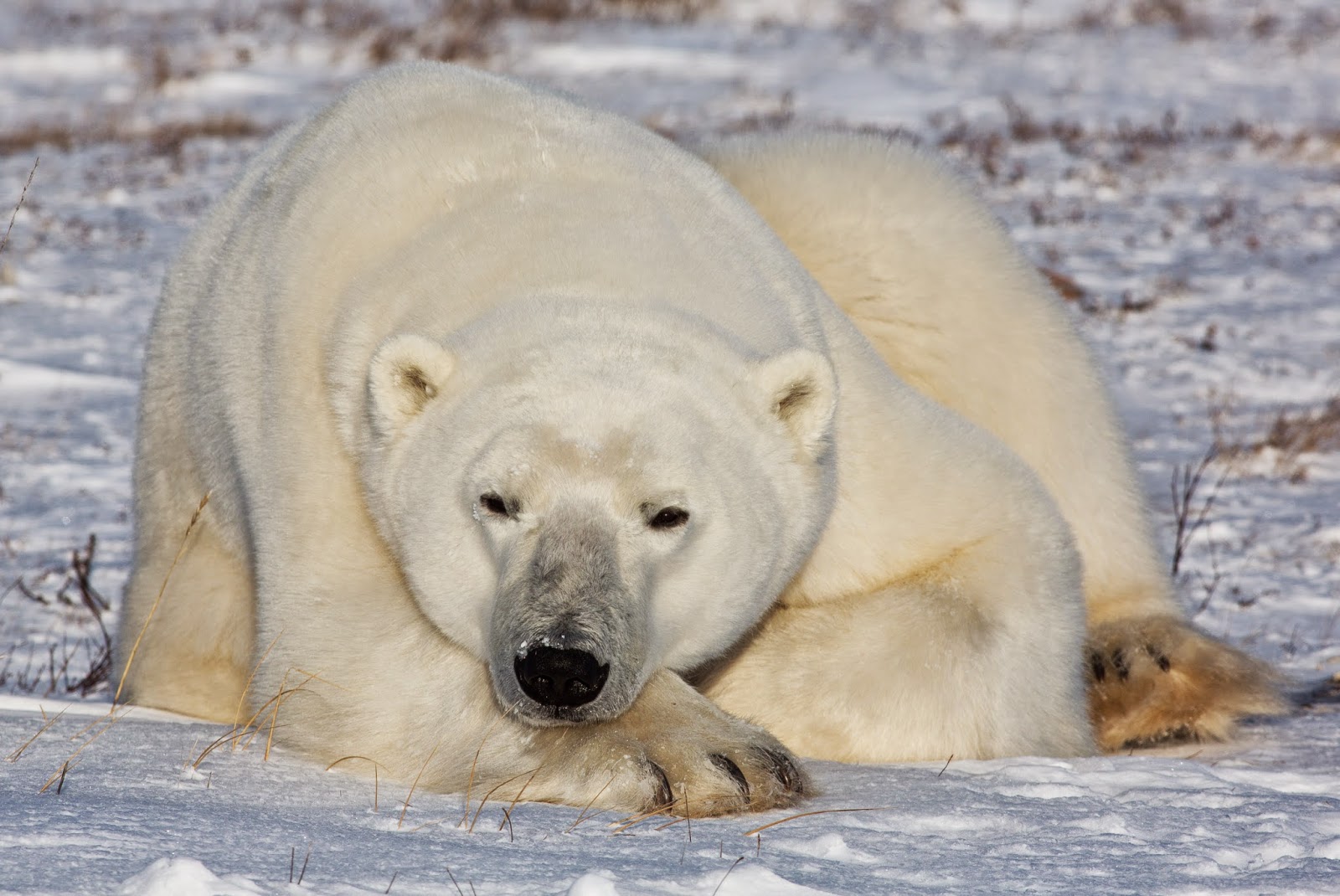 Depressingly, many areas of polar bear tourism rely on human food sources. Arviat, north of Churchill, is a traditional hunting community with an active garbage dump and game is stored in town. A controversial experiment is underway to bait bears with seal meat outside town as a diversionary tactic. The town isn’t yet established as a tourist destination, but it’s becoming more common for professional film crews to visit it. Meanwhile, in Alaska's high Arctic, Kaktovik’s profile is increasing as an area to observe polar bears feeding on whale carcasses dumped during the hunting season. 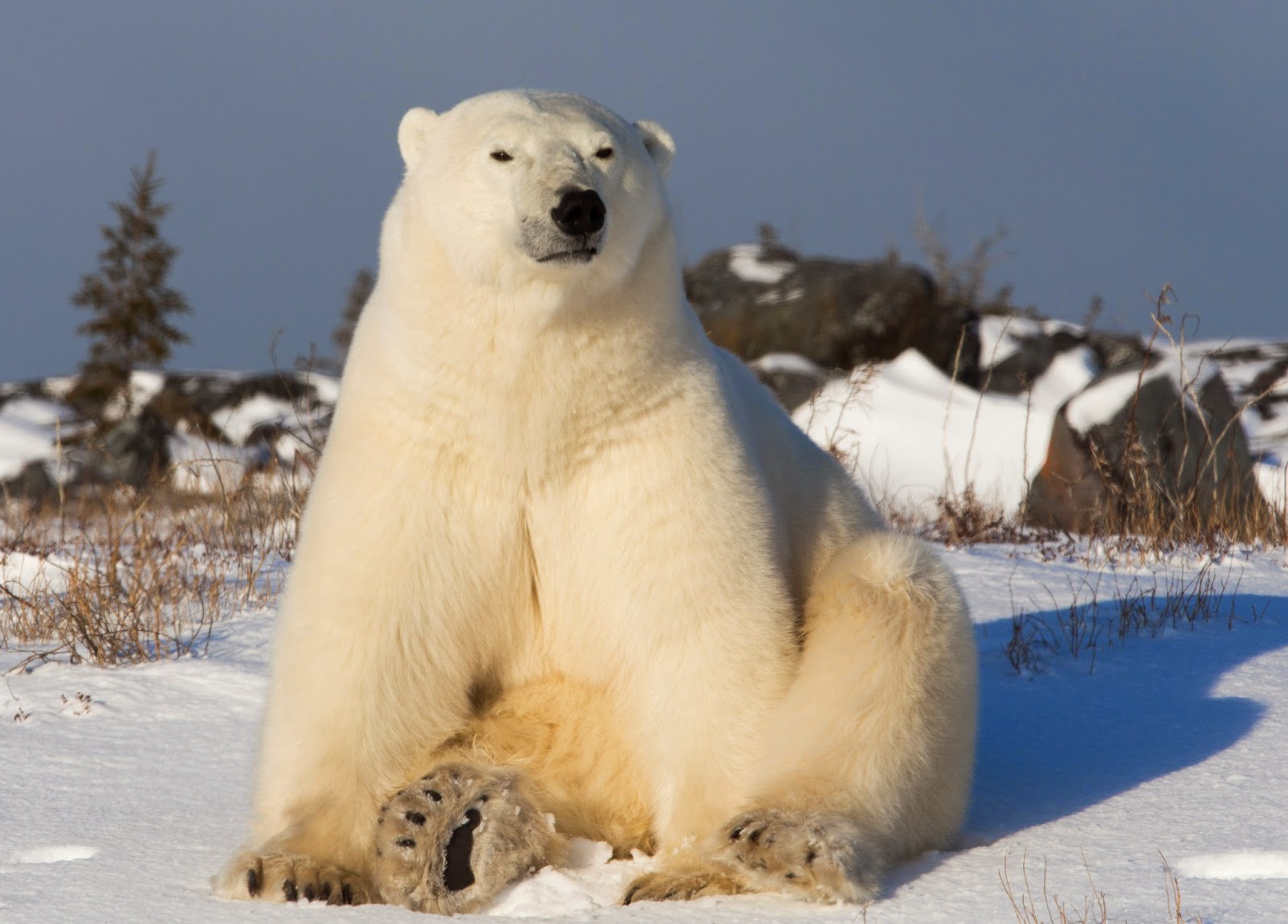 Churchill has seen some progress in management of human and bear interaction. Polar Bear Jail opened in 1980, where bears which have come into contact with people are held for unto 30 days without food before being transferred north by helicopter. Access to the town’s old dump, which became an uncontrolled tourist destination during 2011, has now been blocked off. Manitoba Conservation patrol the area around town, scaring off bears which wander into the area before they come into contact with people. 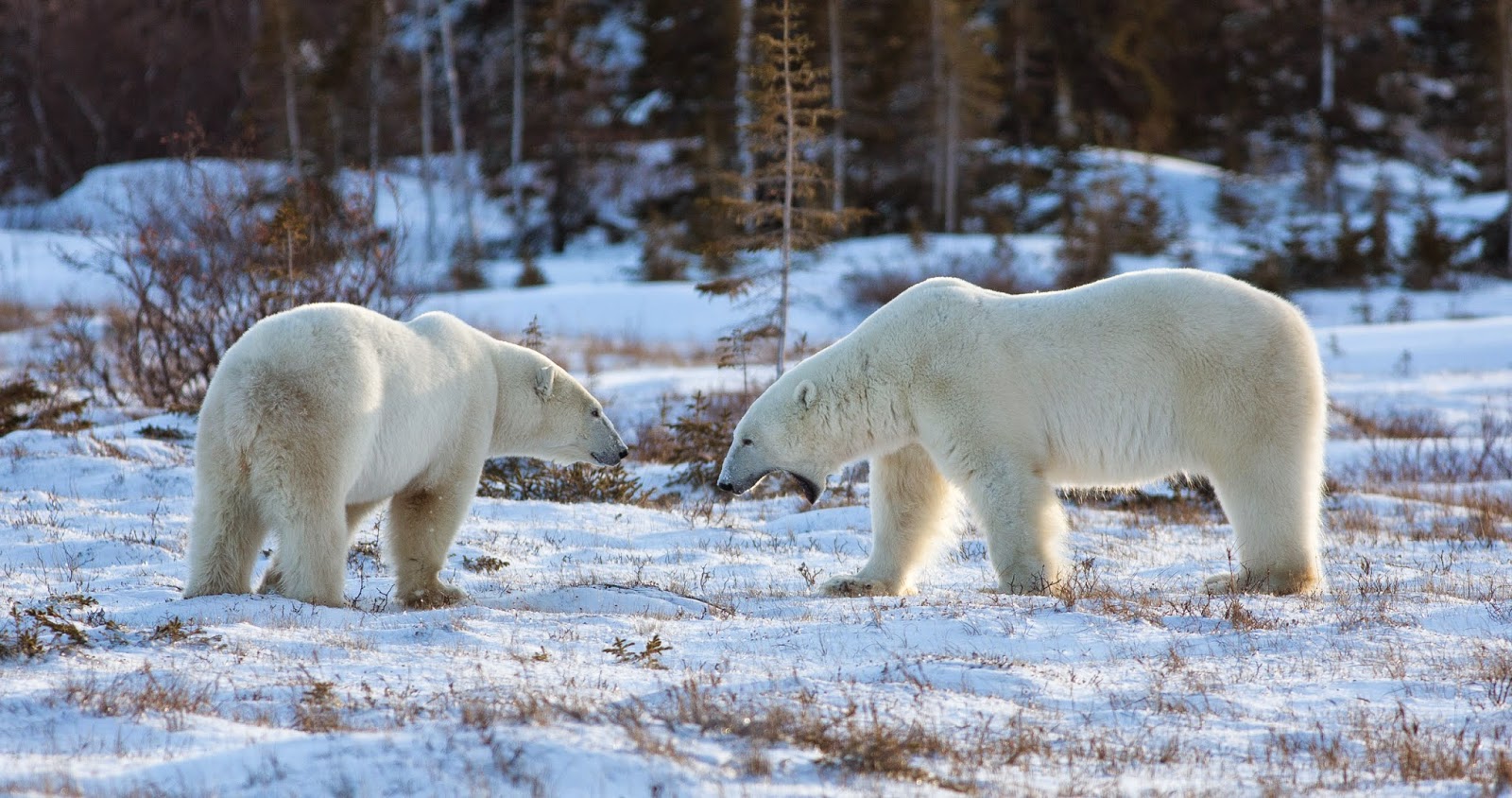 However, controversy remains around the charismatic local Brian Ladoon, who keeps sled dogs on his land adjacent to the coast. I found that this is one of the places where bear encounters were most common this year. Allegations have been made that they have been attracted to a human (or canine) food source. I found no evidence of the baiting of bears, but suggestions of a conflict of interest arise from his decision to charge visitors to view the bears. Ladoon claims that this provides a seasonal income to support his dogs on a non-profit basis, and it cannot be denied that life in the far north is tough economically as well as physically. Yet, feeing bears is illegal, and the temptation to manufacture a tourist attraction through unethical practices is strong. Some will feel that my desire to investigate further this year, after my first encounter in 2010, is in itself wrong, but I hope to draw greater attention to the situation. The welfare of his dogs has attracted criticism from PETA, and there's a description of their unnatural interaction with bears here. 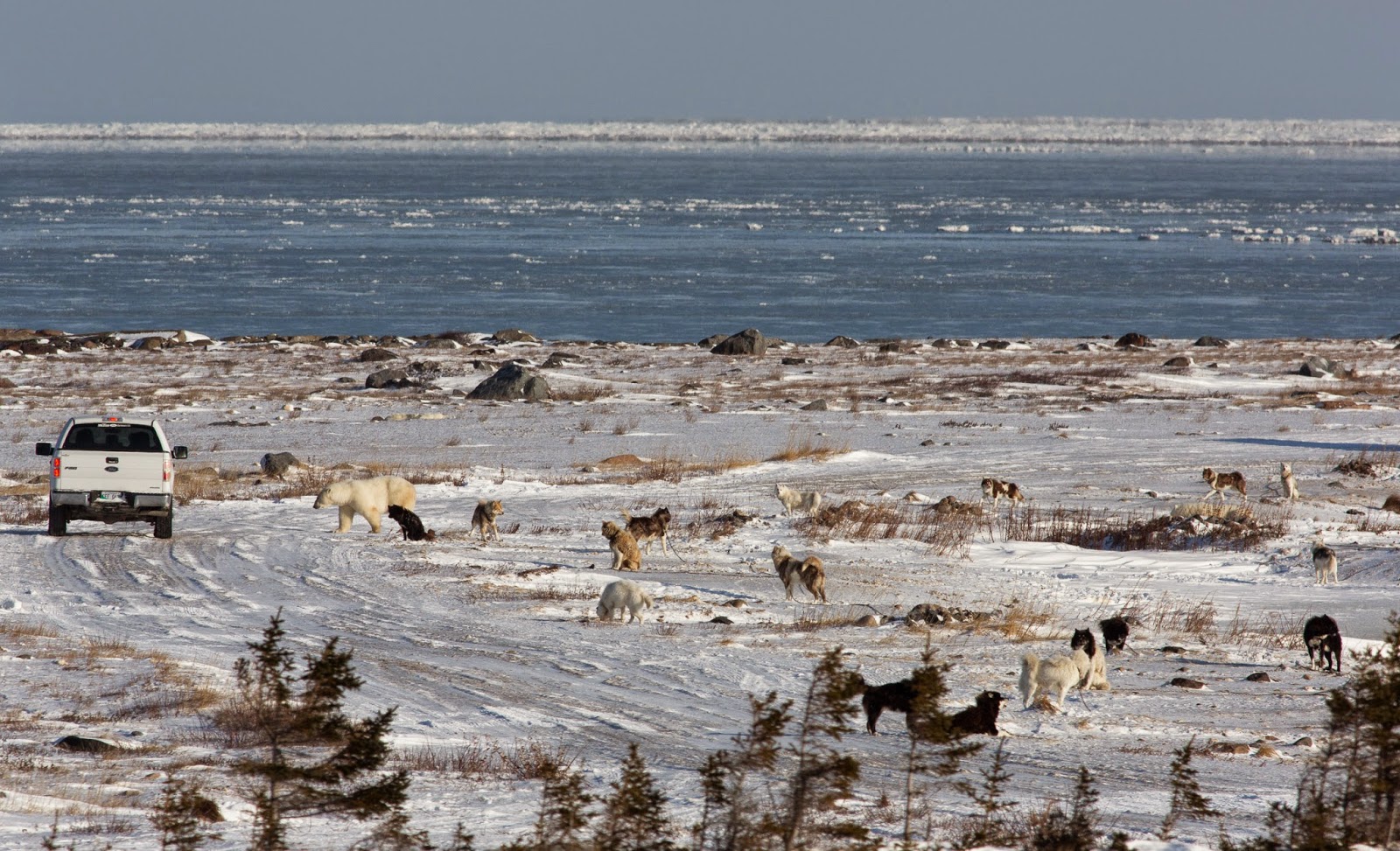 On my visit, bears and dogs appeared largely indifferent to each other, and the two large male bears around his land were largely placid. It is clear that it has become a popular destination for visitors, with several tour buses and private individuals visiting, as well as a film crew. Manitoba Conservation has previously taken an interest, and last year removed a number of bears from Ladoon’s land to polar bear jail. I would suggest that despite their detractors, the tundra buggies represent a far preferable form of regulated tourism, though the funds from those operators return to Winnipeg rather than stay in the community. Both however may rely on some form of food conditioning of bears, and it’s hard to escape the conclusion that bear viewing is rarely without impact to wildlife or ecosystems. 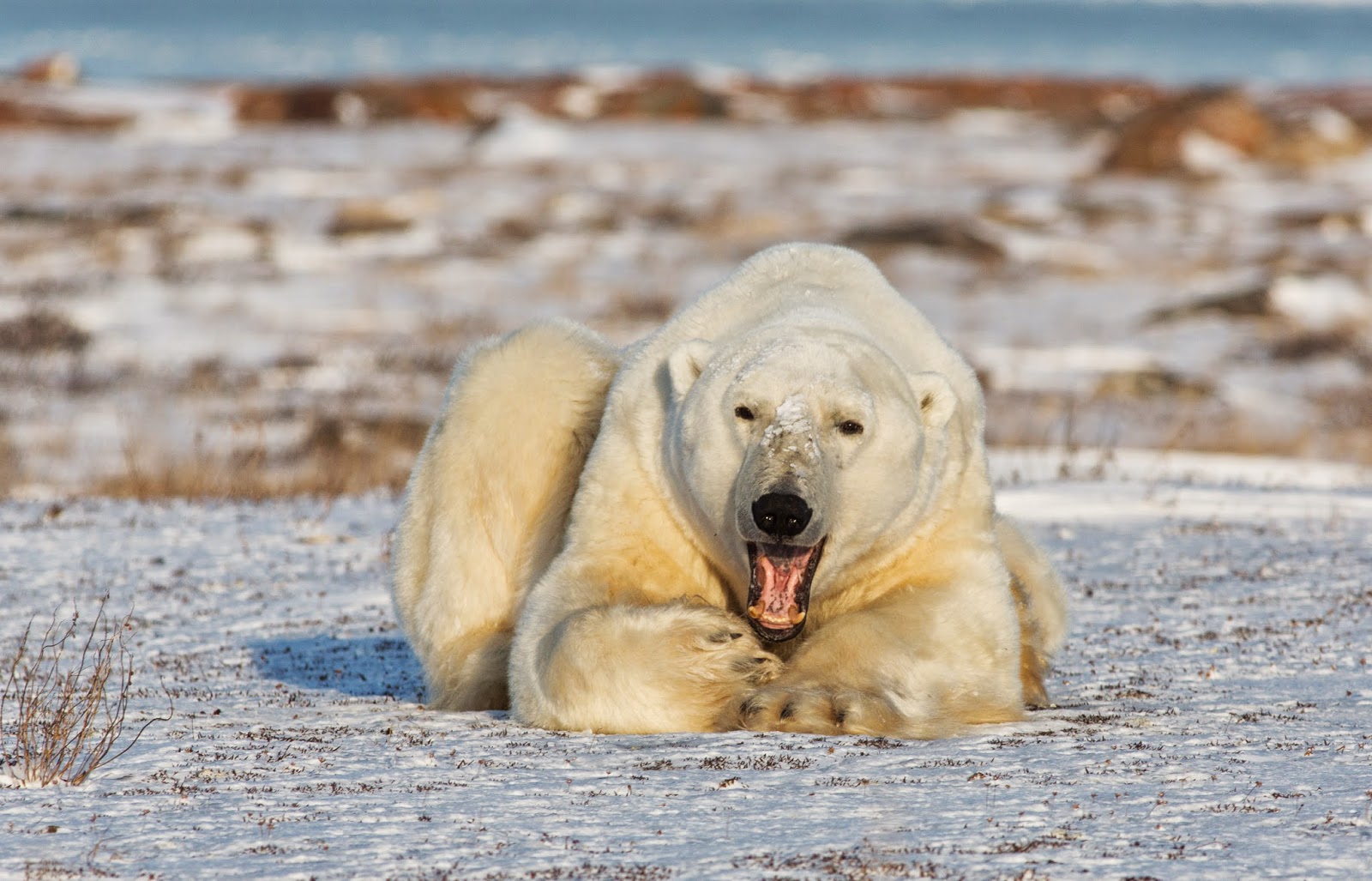 I am sharing these pictures in the hope that they might increase appreciation of the need to protect such magnificent creatures. Yet there is a dilemma: it's important that a passion for wildlife is encouraged so that people lobby for their protection, and press for action to be taken on climate change. Yet, tourism has an impact on the animals' welfare, and the capacity of such an area to absorb increasing demand as economic development makes travel more affordable is limited. Much though I love observing these animals, in an ideal world they would surely be better off without any tourism. 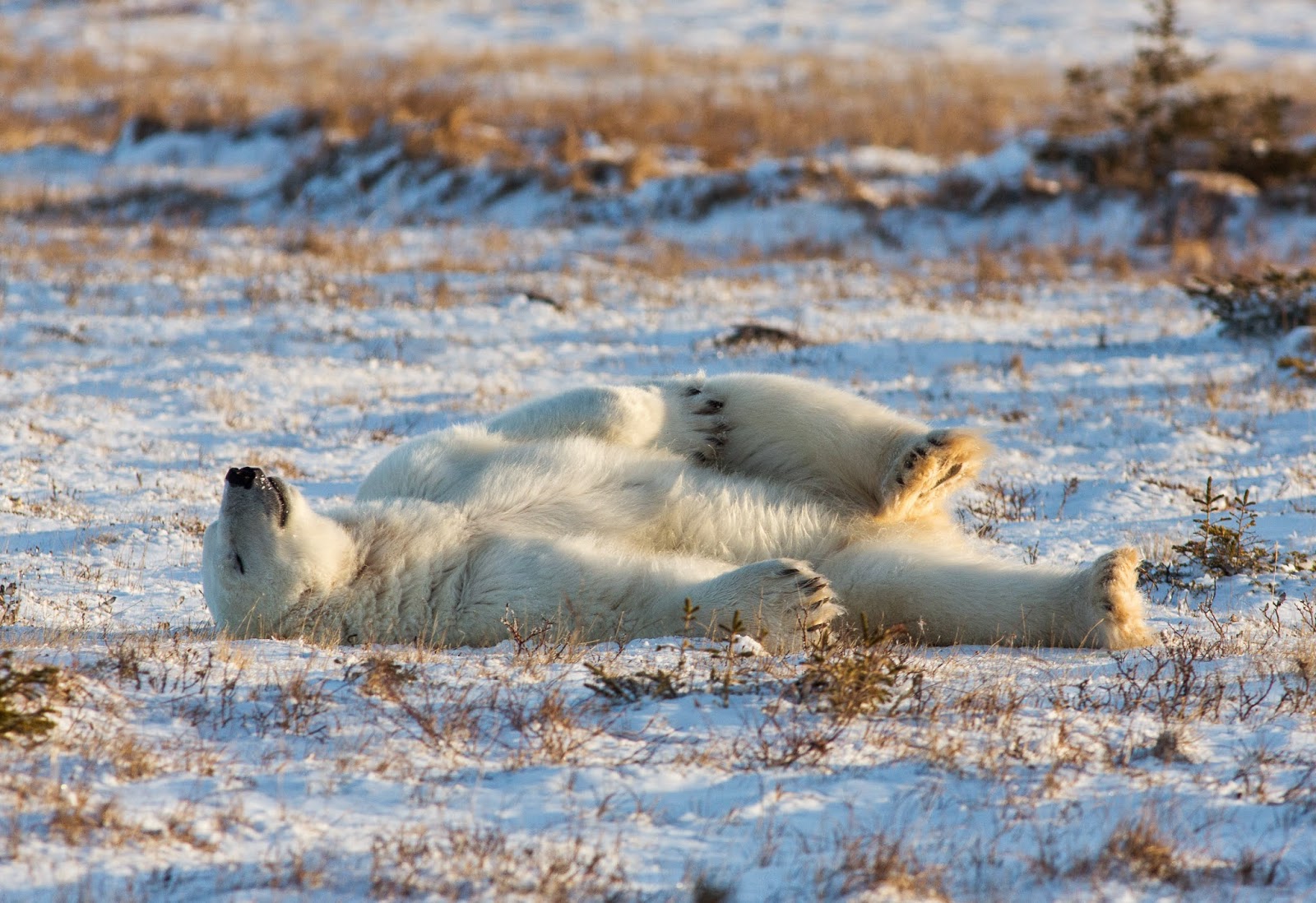