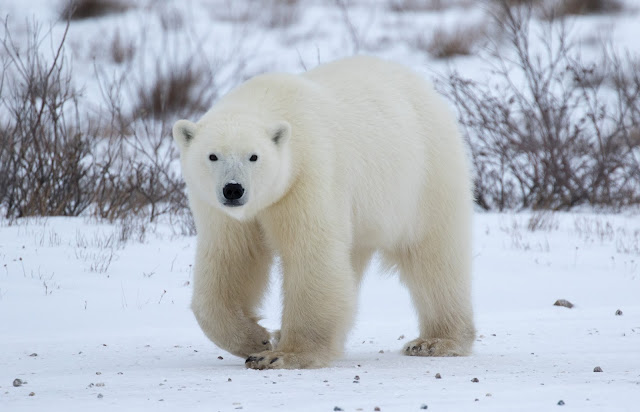 November 6th brought a bracing Arctic wind, and fewer bears were evident than on previously. For the first time, I witnessed a 'bear lift', where an animal at risk from conflict with humans was tranquillised and relocated north of Churchill by helicopter. This took place at 'Polar Bear Jail' near the airport, where captured animals are held until they can be transported out. They're given only water and no food at this period to discourage their desire to return in future years. Whilst this process is obviously preferable to the earlier practice of shooting bears which wandered into town, it was rather disturbing to see the motionless bear being wheeled out and secured in a net. Unfortunately, ill-advised actions by people in Churchill serves to increase the numbers of animals which have to go through this process. The owner of the dogs at Mile 5 displayed a notice at his gift shop in town condemning the cruelty of Manitoba Conservation for detaining animals . However, bears are attracted to this area by dog food (as pictured in the two images below the bear lift), and visitors are then charged a fee to view them. This, arguably, contributes to the issue of food conditioning that necessitates bears to be handled and re-located in the first place. 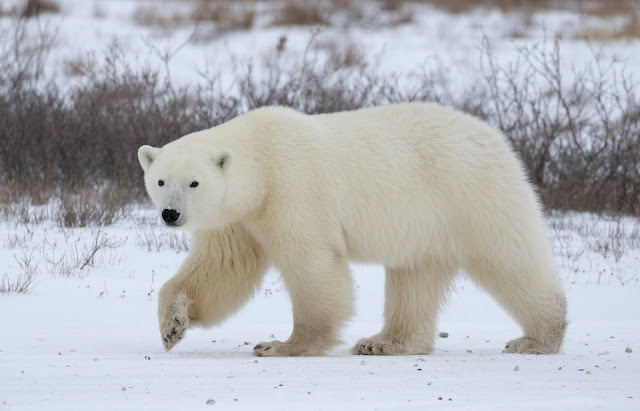 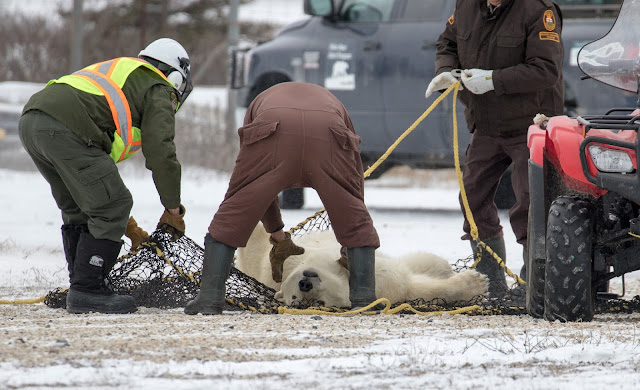 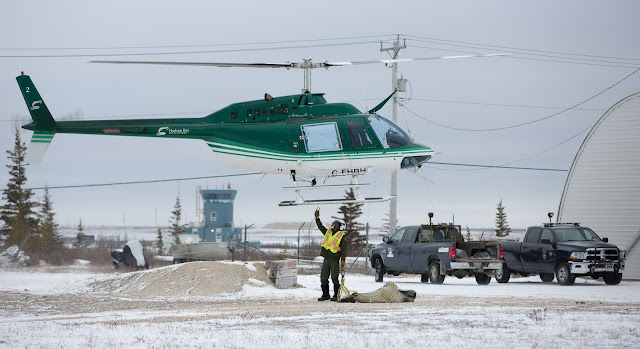 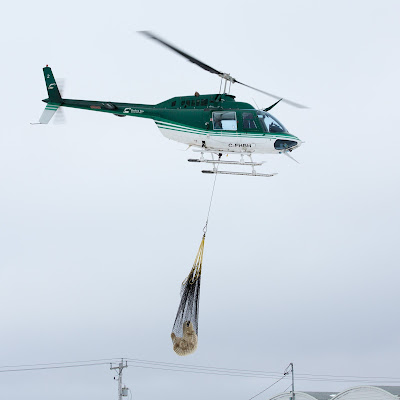 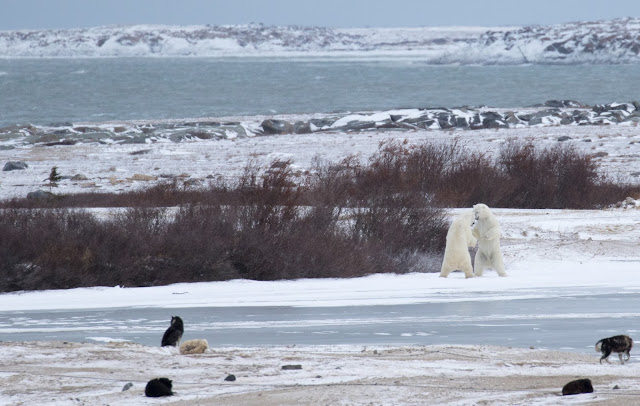 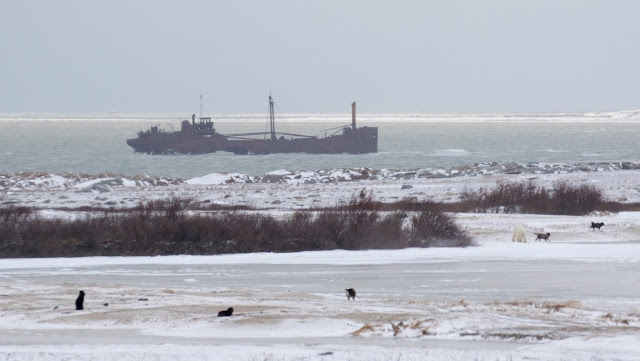 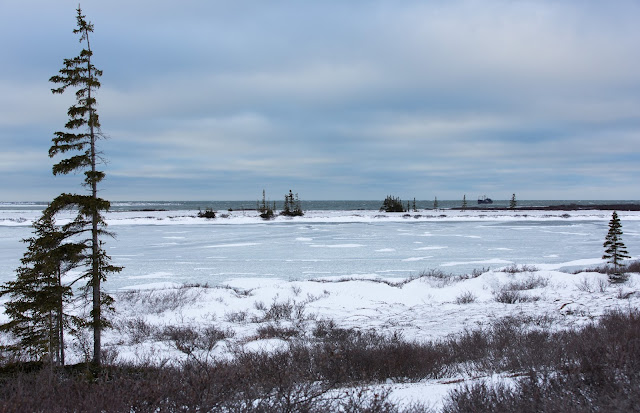