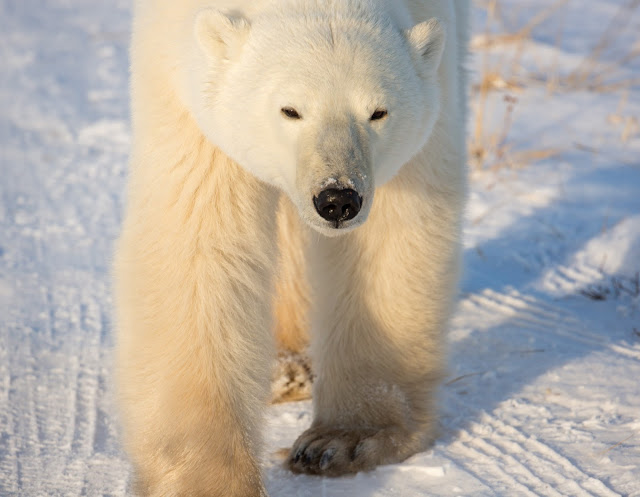 At the end of August, I travelled to Kaktovik to view the polar bears in Alaska, but I more regularly visit Churchill in Manitoba, Canada. As I write this I’m approaching the end of a 42 hour train journey from Churchill to Winnipeg; snow covered tundra has given way to the prairies. For the sixth consecutive year, I’ve made the pilgrimage to this remote town on Hudson Bay in early November, when one of the world’s largest congregations of polar bears takes place just prior to freeze up. It looks set to be late this year, prolonging the bears’ fast, since they can only hunt their mean source of calories, the ringed seal when the Bay is frozen. Whilst Churchill is a special place for me, the evidence of a grave threat to the polar bears’ habitat through climate change always makes this a trip of mixed emotions. The climate summit in Paris is about to take place, and I can only hope that the world’s leaders can look beyond their own terms in office to fulfil their own obligations to future generations. 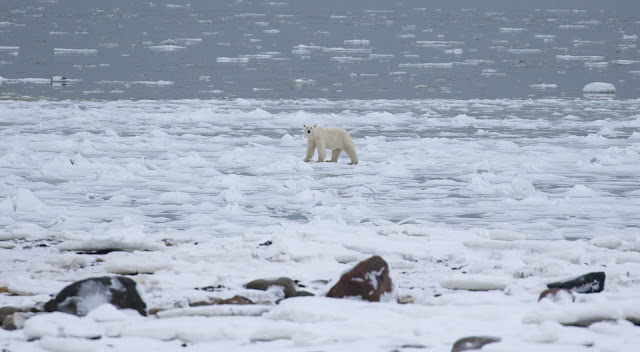 Churchill is the most accessible place in the world to view polar bears, which brings inevitable conflict with humans. Manitoba Conservation has implemented measures to mitigate food conditioning, including the ‘Polar Bear Jail’ in which problem bears are kept until freeze up, but this far north, regulations are difficult to enforce. Such a rugged, remote place attracts independent characters prone to bend rules, and with the decline of the port, the town’s economy is increasingly dependent upon tourism. This leads to a situation where Conservation finds it difficult to gain local support for measures to control the baiting of bears, putting both them and visitors at risk. 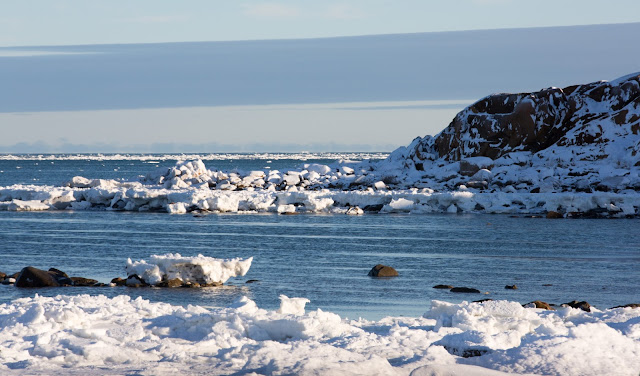 An added complication this year is the airing of the reality TV show ‘Polar Bear Town’ in Canada (soon to be aired in an extended form in the US). Pitched as entertainment, this inevitably exaggerates the threat that polar bears pose to people and perhaps encouraged some of the gung-ho behaviour I observed amongst a small minority of photographers this year. It also appears to have increased the confidence of one particularly larger than life character in town, billed ‘The Sheriff’ on the show, whose private bear viewing business is extremely controversial. Unless you have local knowledge and experience around polar bears, I’d encourage you to  take a trip with the most ethical operator, The Great Bear Foundation who have arranged field trips to Churchill for over 30 years. Alternatively, you could arrange a excursion with Great White Bear or Frontiers North, the only two companies with a permit to visit the area in Churchill where bears congregate, though note that their operations are not without impact on the tundra.

For this year only, I was able to visit Churchill for 10 days, twice as long as usual, giving greater opportunity for photography. Most of my exploring took place independently in a rented vehicle, though I also took day trips with the two companies mentioned above. Each year is different, influenced by the weather and the timing of the freeze up, and this year’s visit to this beautiful wilderness area was my most successful so far. Not only was I lucky enough to observe more bears than previously, but I also experienced the northern lights on two nights. Nights are rarely clear enough at this time of year to see the aurora borealis, and some undertake dedicated trips in February or March, so I felt most privileged. The joy of this trip was also enhanced by the array of interesting people I met, as ever, and the warmth of the locals, many of whom I’ve gradually got to know over the years of visiting this amazing place. I’m starting to plan my 2016 visit, and in this blog present a selection of my photographs from each day. I hope that they might portray the magnificence of the polar bear, an animal whose survival is worth fighting for. Please contact me if you wish to use any of my pictures. I’m happy to grant permission and provide higher resolution copies in return for a donation to the Great Bear Foundation, who promote the conservation of all 8 bear species around the world. 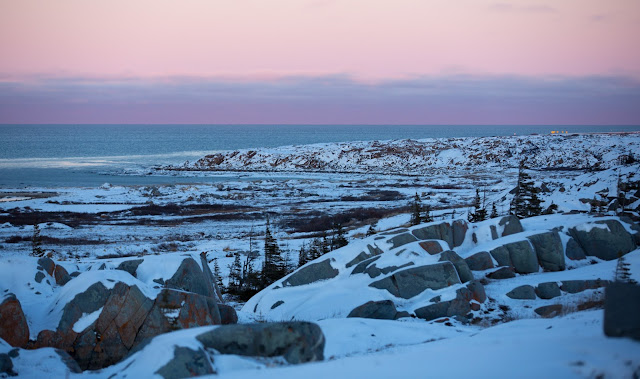