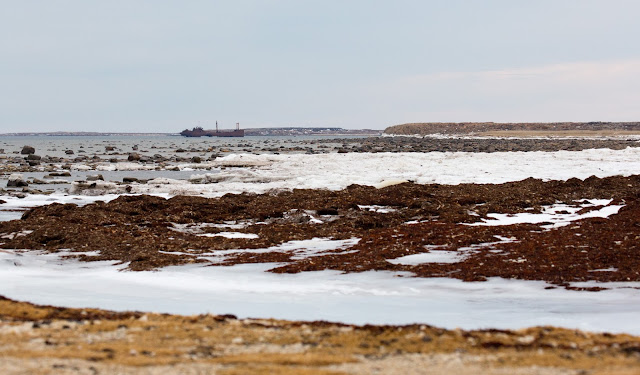 November 2016 marked my seventh trip to the town of Churchill, Manitoba. For the first time, I travelled by air instead of train to Winnipeg: this allowed four more bear viewing days in Churchill but I missed the experience of two nights in each direction on the train with slowly changing scenery, and the magic of waking up to dawn on the tundra and arrival in the polar bear capital of the world. This year, awareness of this remote settlement in the UK was far higher than normal, as a well informed BBC documentary series Arctic Live had aired just before I departed. Alas, temperatures were also abnormal: for the first time in my experience at this time of year, snow cover was minimal, and the roads were awash with melt water. This was fortuitous for me, as United had lost all my clothing in Chicago, so I had to rely on items borrowed from other visitors and locals, but is exceedingly bad news for the bears. They rely on sea ice to hunt seals: until Hudson Bay freezes, they're reduced to foraging for seaweed and conserving energy resting on land, and the window they have to gain weight before the summer is reduced. 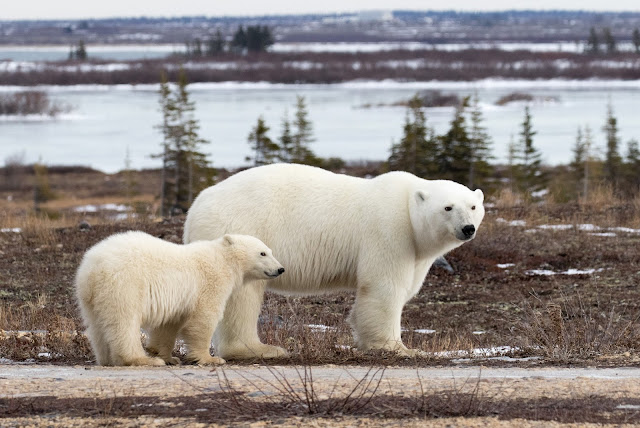 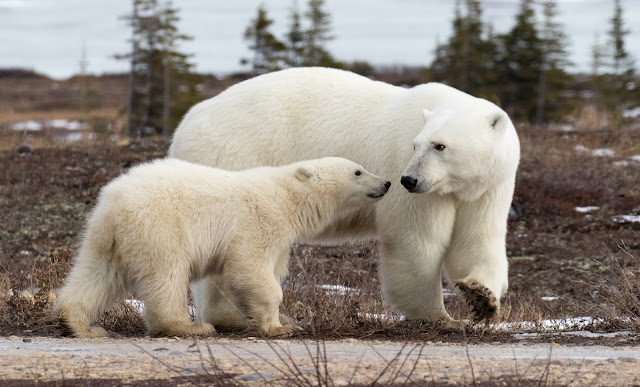 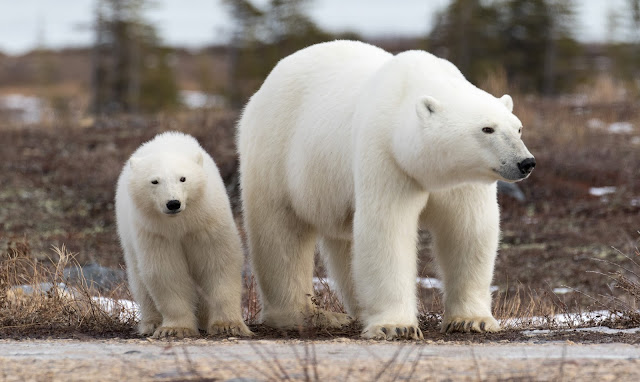 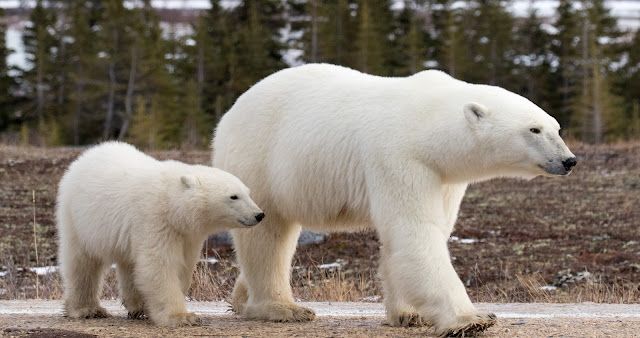 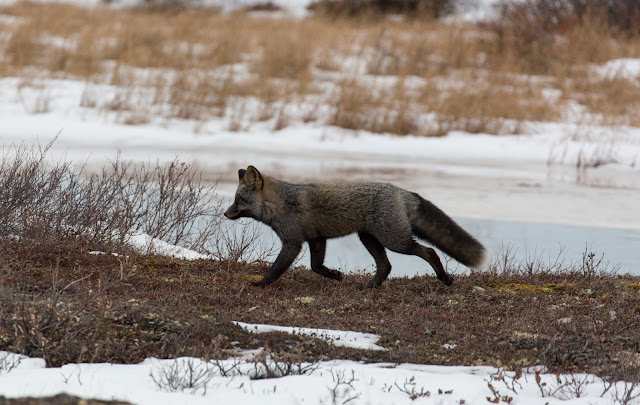 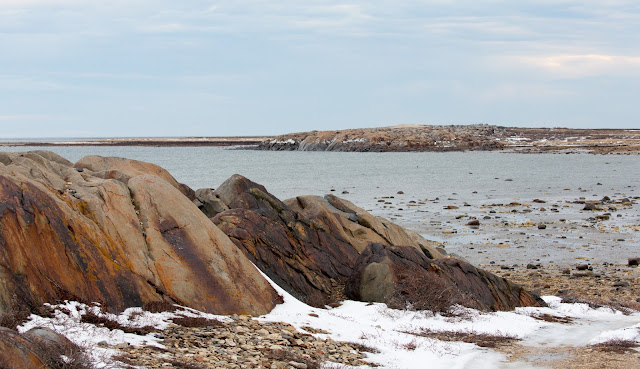 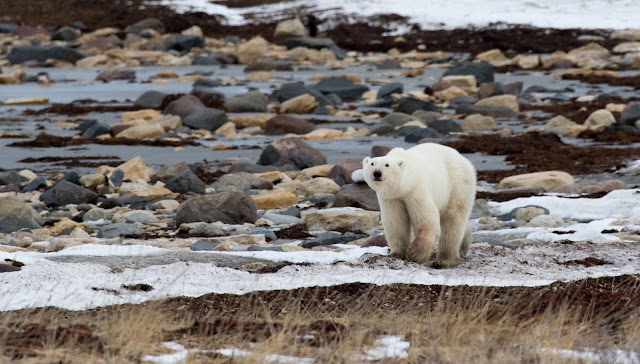 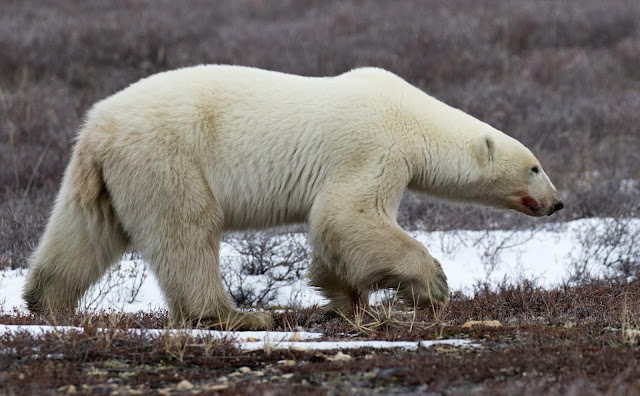 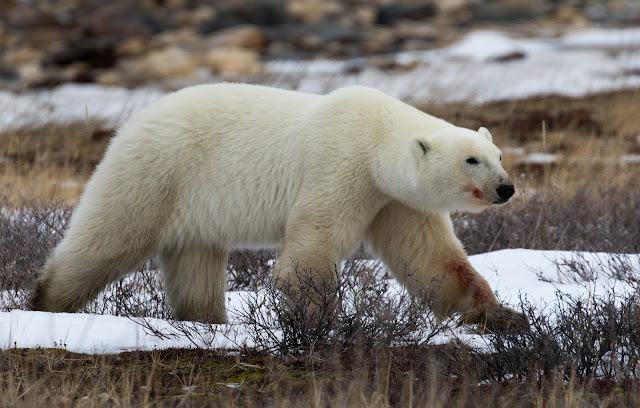 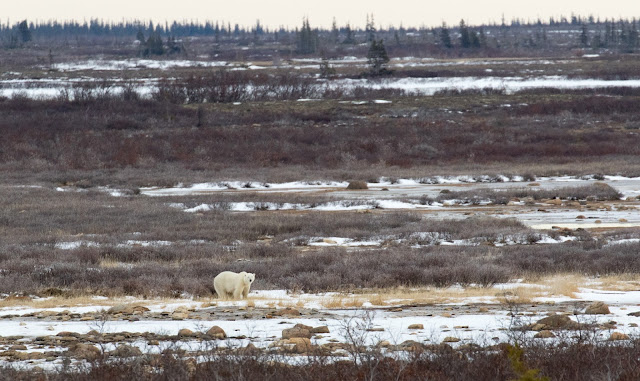 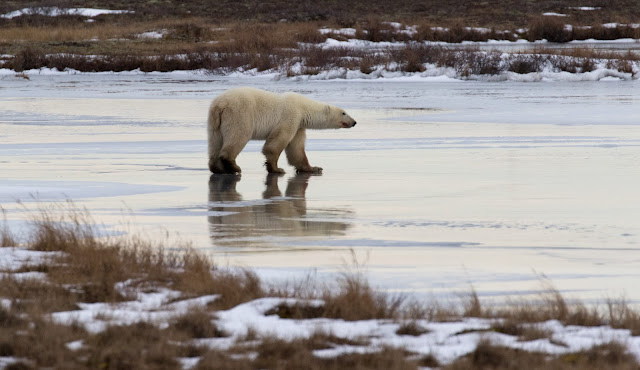 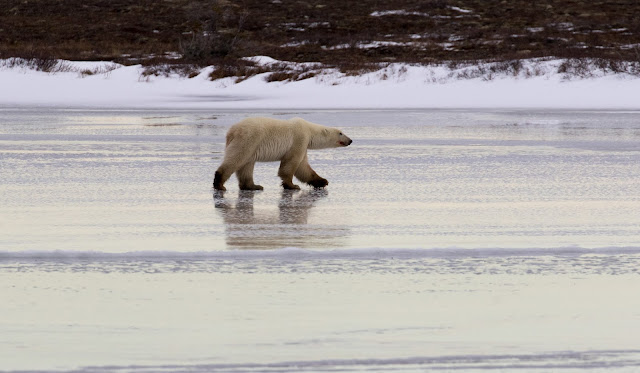 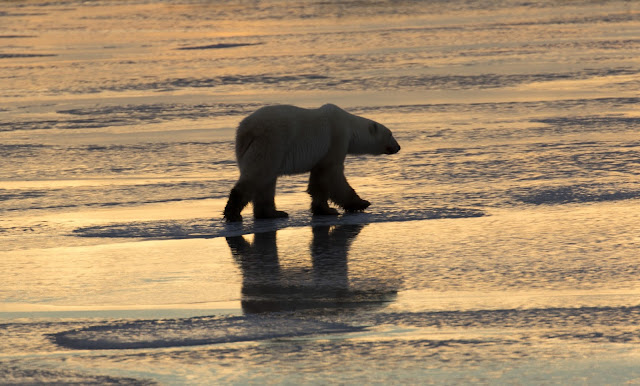