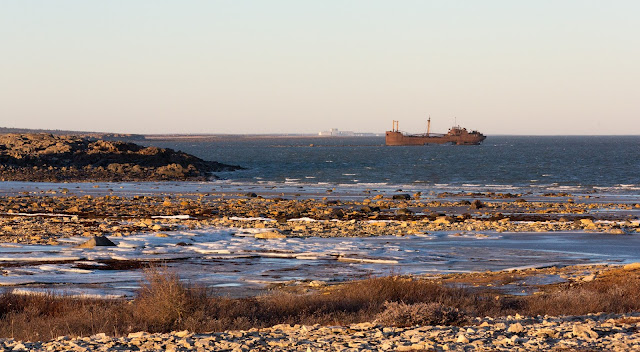 My last night in Churchill brought the magic of Northern Lights (scroll to the end of this page), though they were not as spectacular or long lasting as those I saw in 2012. November is far from the best time to see them here, owing to the rarity of clear skies, instead if it is your ambition to see them, your odds would be much improved by braving the intense cold of February or March. As the sun set, I also watched a mother and cub nursing in the rocks at Bird Cove, and caught a glimpse of the 'super moon'. First, there are a few pictures of a bear I spotted just behind the 'Miss Piggy' plane wreck closer to town. 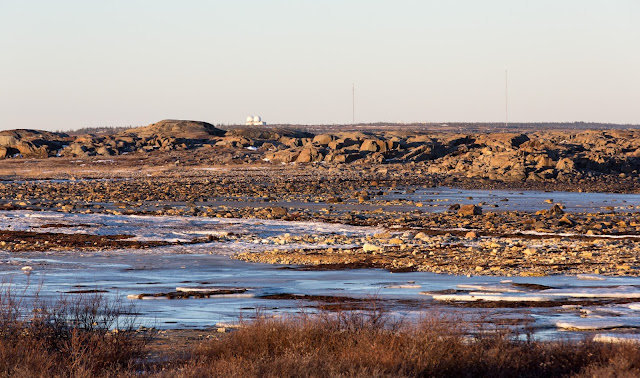 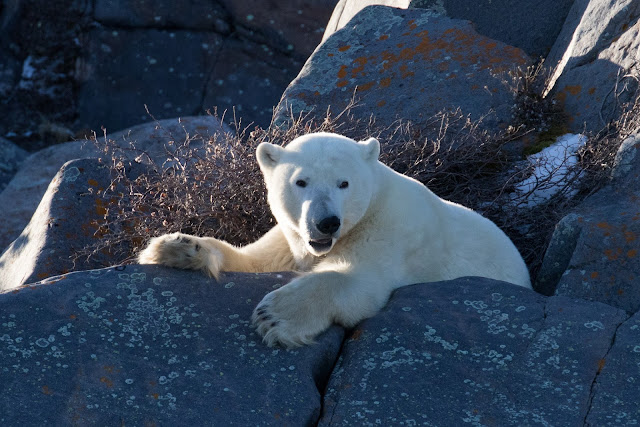 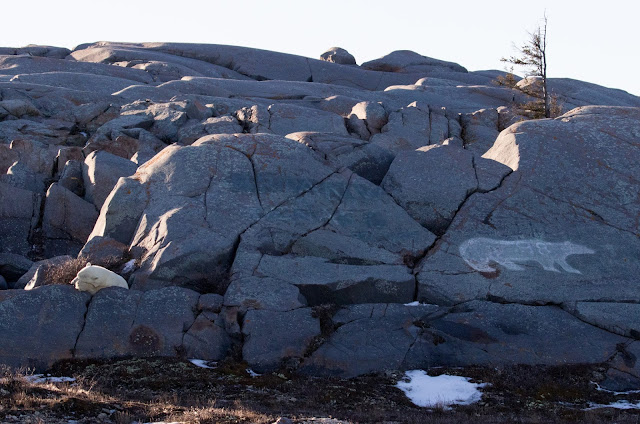 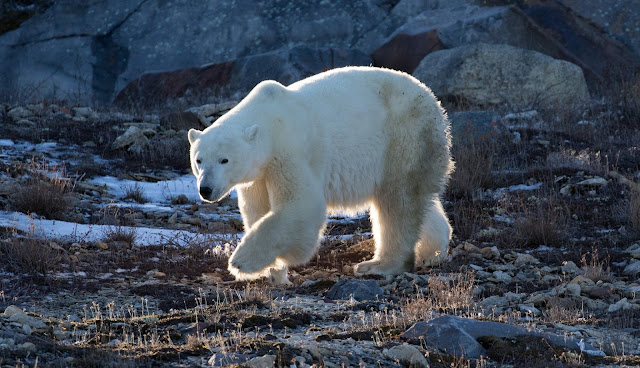 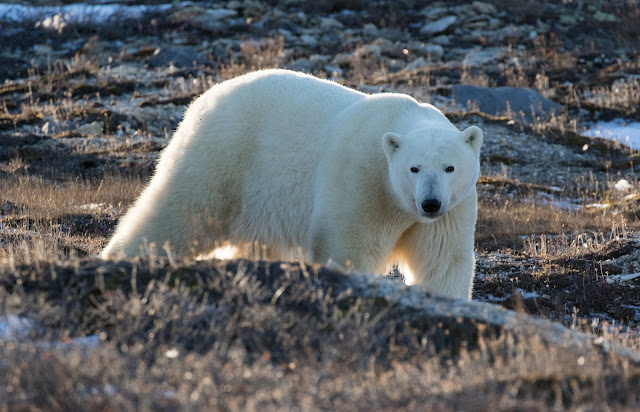 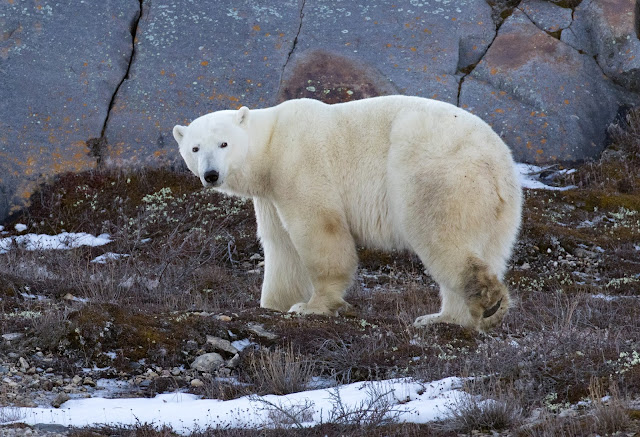 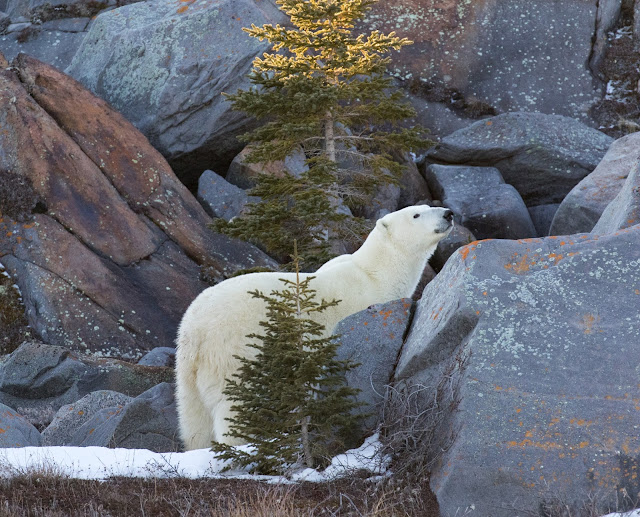 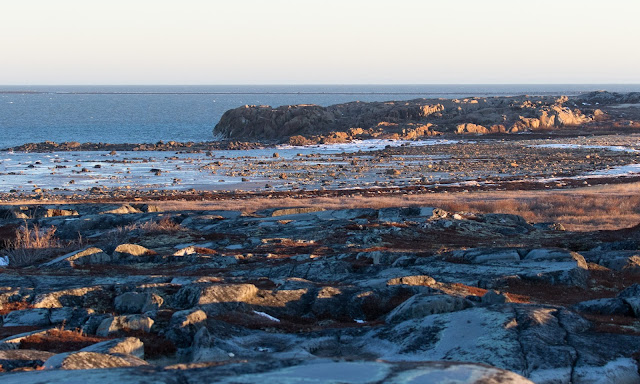 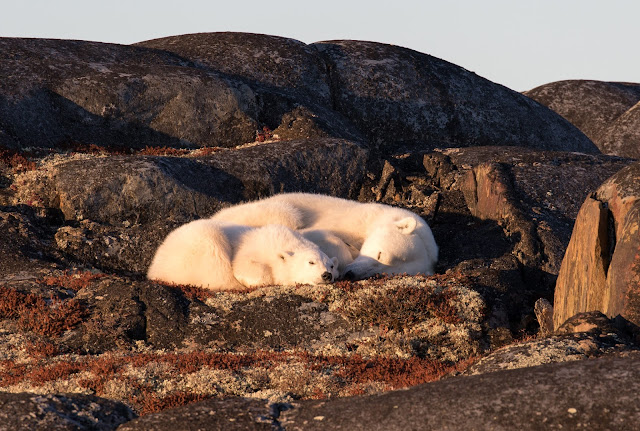 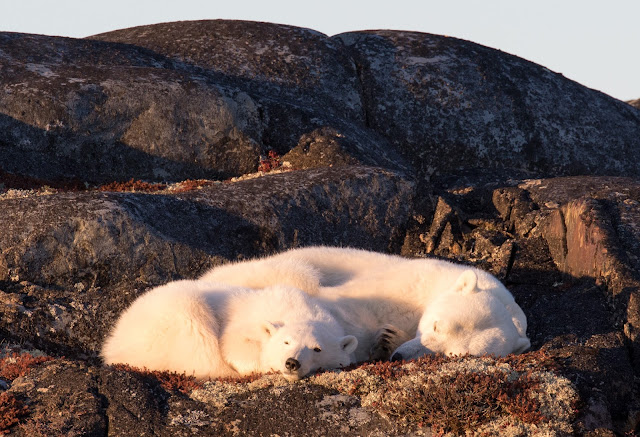 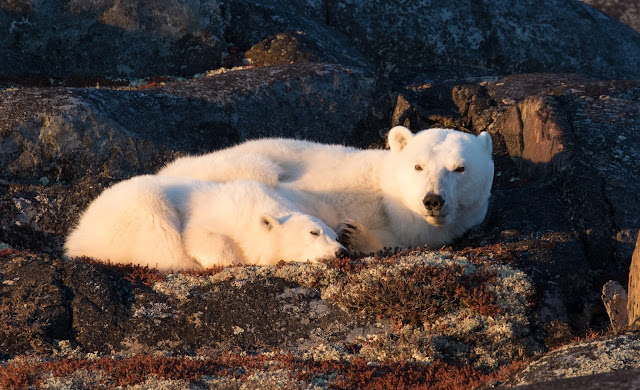 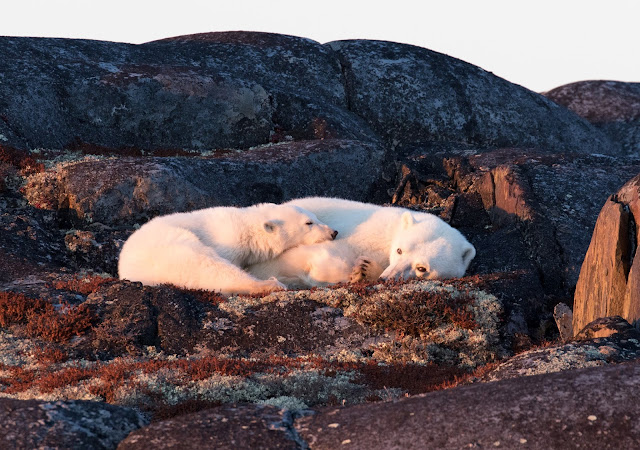 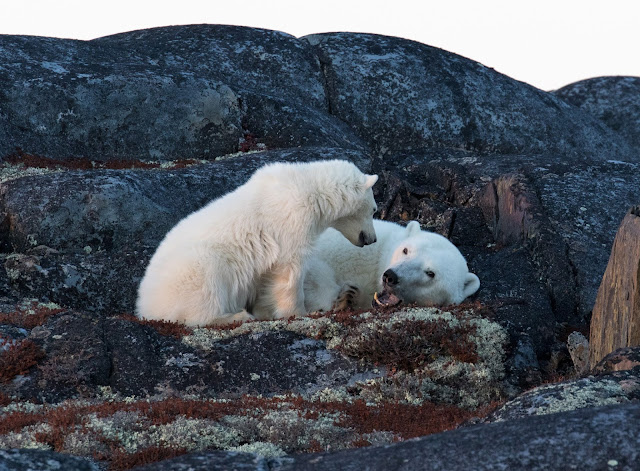 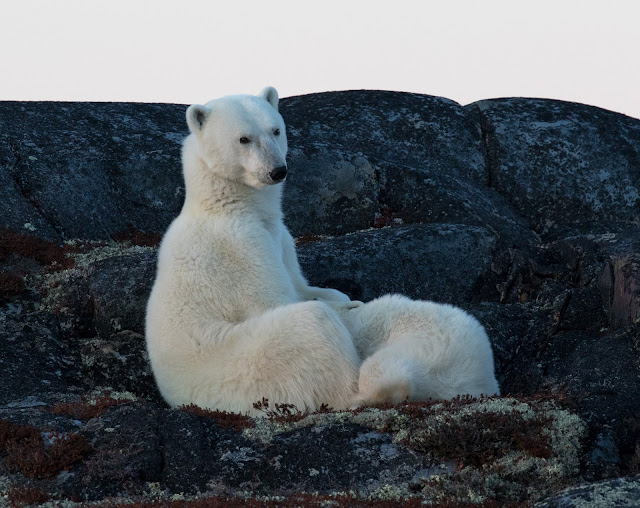 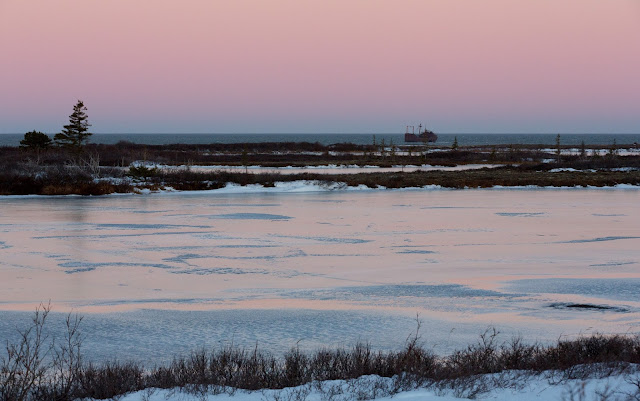 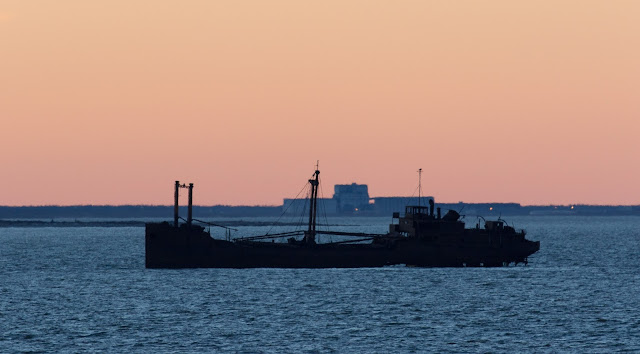 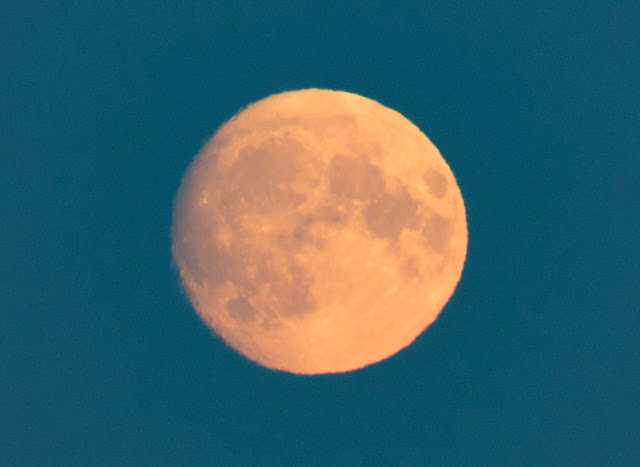 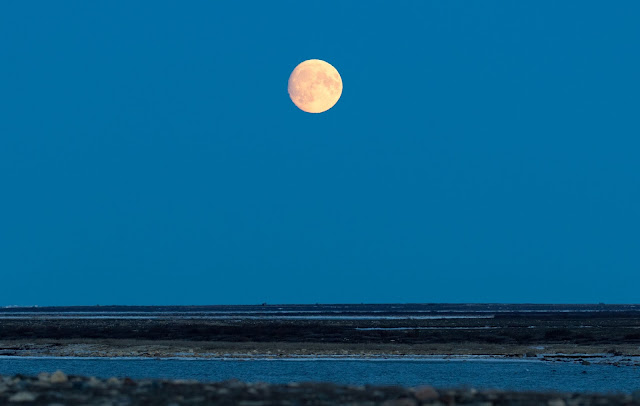 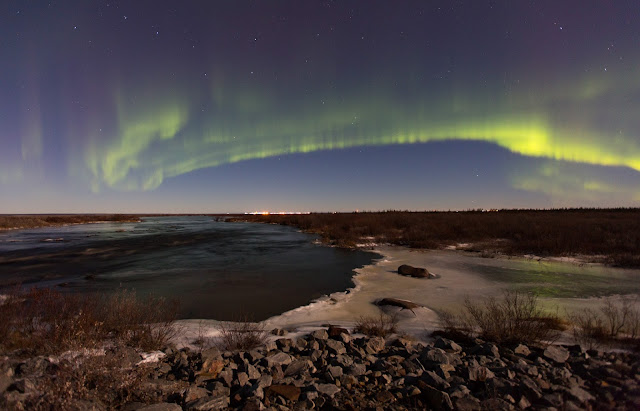 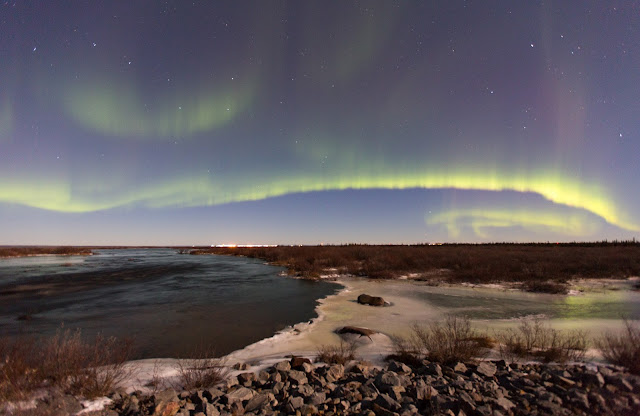 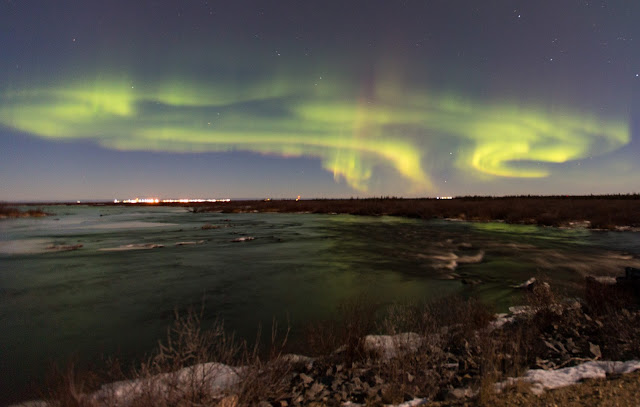 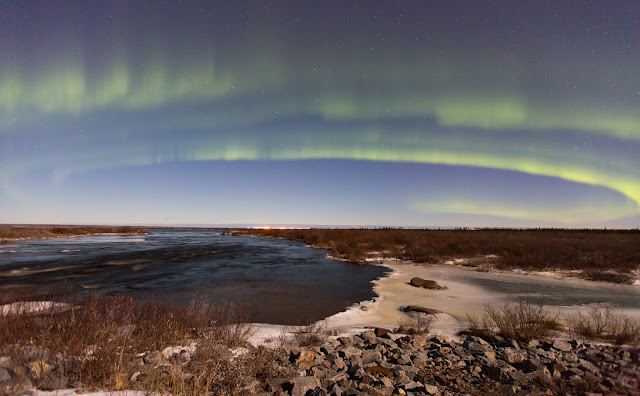 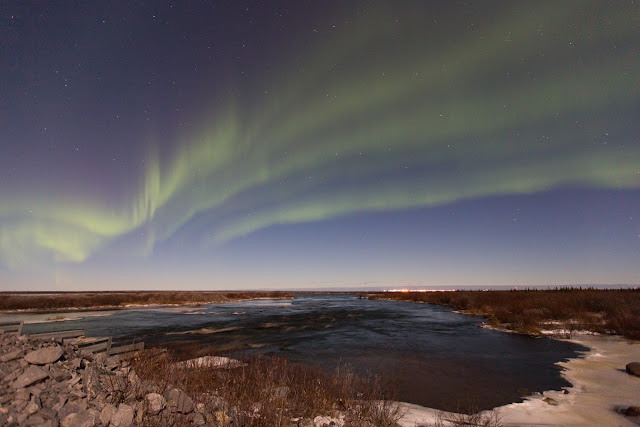 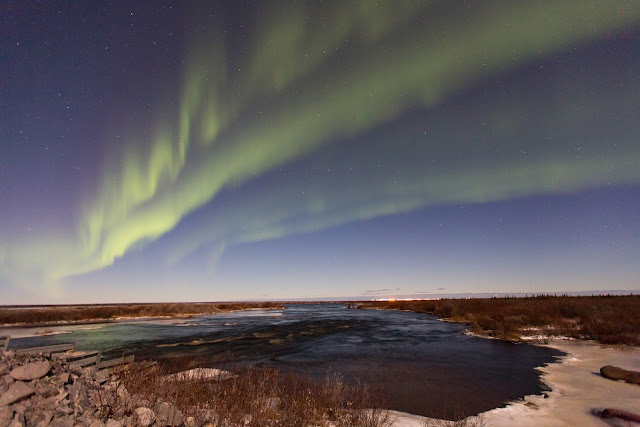 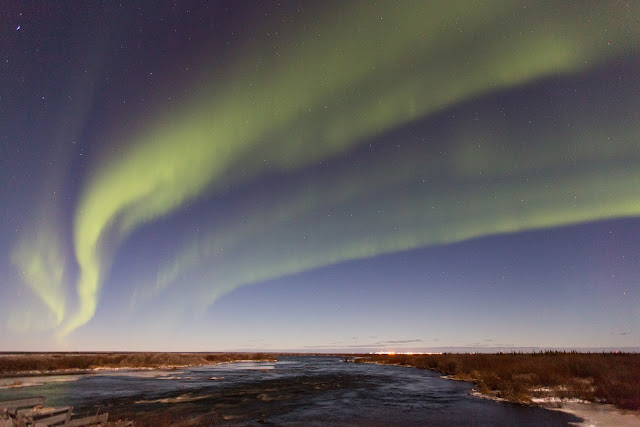 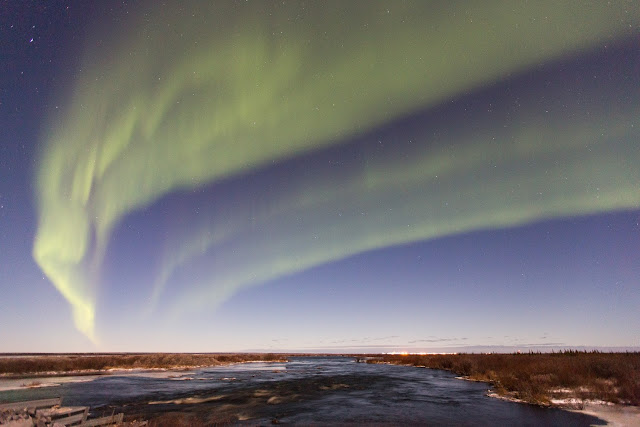